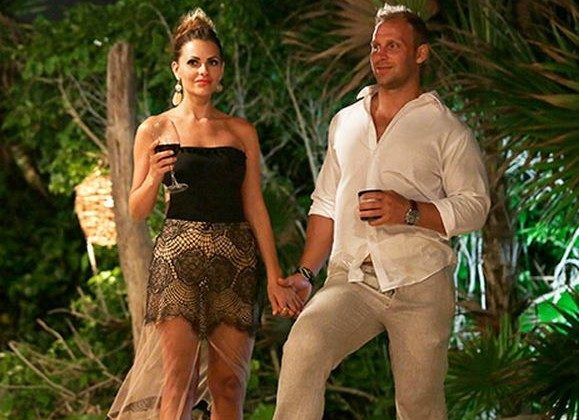 Cody Sattler has proclaimed his new girlfriend Michelle Money more beautiful than all the contestants on Miss America.

The 53 women on the show competed on Sunday night, with Miss New York winning the crown.

Both Sattler and Money were watching the show, but separately as Sattler is still in Iowa helping train the next Bachelor Chris Soules.

“These girls on #MissAmerica have nothing on the most beautiful of them all @MoneyMichelle #truth,” Sattler said.

Then she said: “So @cody_sattler – you rooting for Miss Utah? Or Miss Kansas?”

“Haha neither miss money for the win!” he said.

Cody and Michelle haven’t been together in real-life for a while because of Cody training Chris.

He recently posted a picture of him and Chris at an Iowa football game.

“Lots of people want to ride with you in the limo, but what you want is someone who will take the bus with you when the limo breaks down,” he said in the caption.

He has also been posting pictures of them working out at various places.

The Bachelor’s next season is set to start filming this week, and it will premiere in January 2015.

After Cody helps Chris train he said he’s moving to Salt Lake City to be with Michelle and her daughter.

The couple plan on getting married.