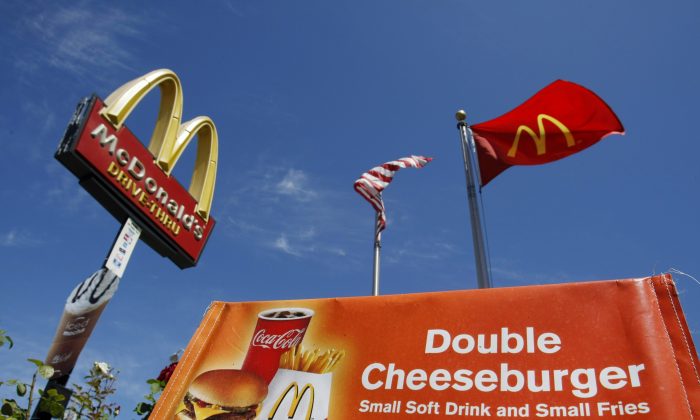 Cody Morris, a teenager in Arkansas is facing a felony robbery charge after he was accused of striking a McDonald’s employee while trying to get away with a cup of soda.

The Springdale Police Department said Morris, 18, and two other individuals who were with him, ordered three large waters, then dumped the water out and refilled the cups with fountain soda.

An employee at the fast-food restaurant confronted the teens, telling them to return the soft drinks.

Police said two of the individuals returned the soda, but Morris didn’t. The worker then tried to stop the group from leaving the establishment.

That’s when Morris went to his car and tried to drive away, hitting the employee with his car as he reversed the vehicle.

Police said the employee then tried to get the keys out of the ignition and was allegedly struck by Morris. The worker was hit by the car again as he tried to get his hands out of the vehicle as the teen drove away.

Officials said the theft turned into a robbery when Morris used force on the fast-food workers.

“The theft became a robbery when the alleged suspect allegedly used force to resist apprehension by the store employees,” authorities said, referencing the Arkansas law that does not prevent employees from trying to detain criminal suspects.

However, police hinted it probably isn’t the best idea.

“We never encourage anyone to put themselves in harm’s way,” said officials.