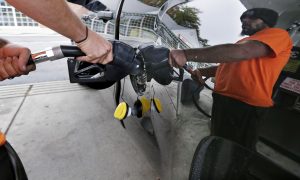 Do You Know How Hydrogen Fuel Is Made? (Video)
0
Share Now
TelegramFacebookTweetEmailTellMeWeReddit
Copy Link 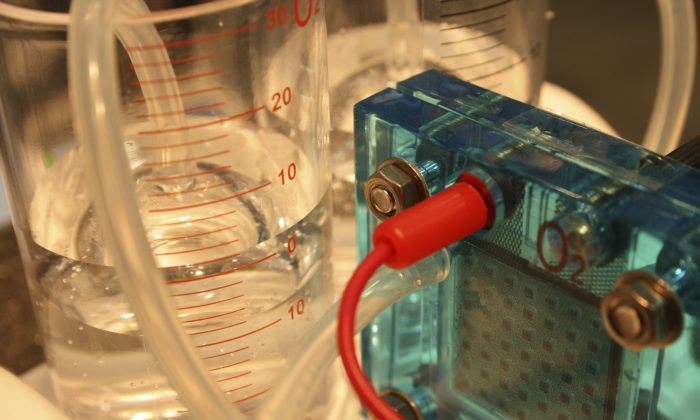 A cobalt-based thin film serves double duty as a new catalyst that produces both hydrogen and oxygen from water to feed fuel cells, reported scientists.

The inexpensive, highly porous material may have advantages as a catalyst for the production of hydrogen via water electrolysis. A single film far thinner than a hair can be used as both the anode and cathode in an electrolysis device.

They determined their cobalt film is much better at producing hydrogen than most state-of-the-art materials and is competitive with (and much cheaper than) commercial platinum catalysts. They reported the catalyst also produced an oxygen evolution reaction comparable to current materials.

“It is amazing that in water-splitting, the same material can make both hydrogen and oxygen,” said chemist James Tour, in whose lab the discovery took place. “Usually materials make one or the other, but not both.”

The researchers suggested applying alternating current from wind or solar energy sources to cobalt-based electrolysis could be an environmentally friendly source of hydrogen and oxygen.

“Here we can just alternate the current from positive to negative and back again, and hydrogen and oxygen are made with the same material,” Tour said. “And the material itself is very easy to make.” He said manufacturing the film is inexpensive and scalable.

The lab fabricated the 500-nanometer films by anodizing a cobalt film electrodeposited on a substrate. The assembly then baked for two hours in a phosphorus vapor that converted it to a cobalt/phosphide/phosphate thin film without damaging its porous structure.

The material proved to be robust in both durability tests and in acidic and alkaline conditions, Tour said.

The Air Force Office of Scientific Research and its Multidisciplinary University Research Initiative supported the research.