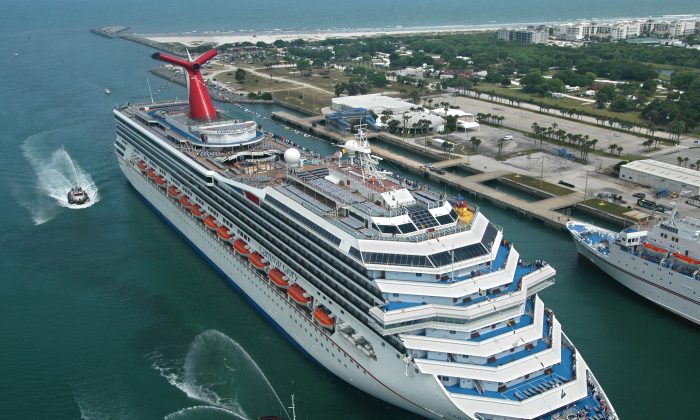 The U.S. Coast Guard on July 8 suspended its search for a crew member on board the Carnival Victory cruise ship who fell overboard last week.

“We’ve been in contact with the crew member’s family throughout our search efforts and know this is a very difficult time for them,” said Michael Mullen, search and rescue mission coordinator with the Coast Guard, reported Florida Today.

Mullen added that suspending the search “is one of the most difficult decisions we have to make as first responders, and it is never made lightly.”

Coast Guard officials have searched some 2,600 square nautical miles for nearly two days straight. Officials were not able to locate the crew member, who was identified as Gaffar Satwilkar by WSVN.

Satwilkar’s brother, Mohammed Satwilkar, told the station: “We all are waiting for him. We want him to come back as soon as possible.” He added that his brother is a father of three children.

The Carnival Victory was traveling on July 4 from Cozumel, Mexico, to its home port in Miami, Florida, reported Fox News.

“The ship’s command immediately returned to the location where the crew member was last seen and initiated search and rescue activities, which are ongoing,” a Carnival spokesperson told Fox.

Lawsuit Filed in Another Case

A lawsuit was filed in a federal court in Miami, Florida, claiming that Carnival Cruise Line officials refused to let a passenger off a cruise ship to seek medical attention after a heart attack.

Jeffrey Eisenman was on the Carnival Sunshine with his wife and children when he suffered “major heart attack” in December 2018, the Miami Herald reported on June 12.

The Pennsylvania man “died onboard while confined to the medical center of the Carnival Sunshine against his will,” said a lawsuit filed by Ira Leesfield of Miami’s Leesfield Scolaro, representing the family of Eisenman. “His family was forced to watch on in horror at his mistreatment and decline into a gruesome death.”

Carnival objected to the family’s claims.

“We are very sorry for the Eisenman family’s loss, but the scenario that is alleged in the lawsuit is not accurate,” Carnival told the Herald. “Our onboard medical team followed all proper procedures to attend to a guest who became critically ill very quickly, including liaising with the local hospital which was not equipped to handle his condition. Mr. Eisenman’s treatment plan and keeping him on the ship was formulated in consultation with his family.”

The lawsuit also alleged that on the ship, while it was docked in the Turks and Caicos islands, Eisenman began vomiting and felt pain in his chest and left arm. A doctor then saw him, saying he had a “major heart attack,” the report said.