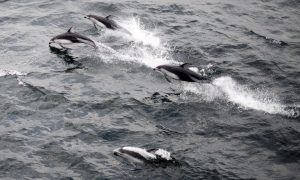 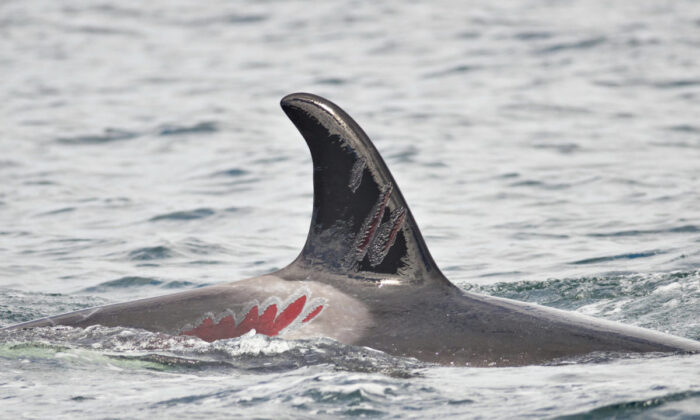 Coast Guard Ramps up Protections for BC Whales

The Canadian Coast Guard has established a first-of-its-kind division to elevate safeguards against human-caused deaths and injuries to whales in B.C. waters.

Staffed 24/7, the Marine Mammal Desk will report sightings in real time to advise vessel traffic on the activities of whales to help reduce collisions and net entanglements. The information will be shared with enforcement agencies for rapid responses to vessels in restricted areas like the Southern Resident Killer Whale Interim Sanctuary Zones.

“I’m so proud that today Canada will be home to the first Marine Mammal Desk. This is an exciting innovation that will allow us to track and report of whale sightings in real time. The Southern Resident Killer Whale is an icon of our pacific coast, and we want to see its population protected—and revived—for generations to come,” said Bernadette Jordan, minister of fisheries, oceans and the Canadian Coast Guard.

Data is channeled to the desk from an array of sources, including radar, real-time vessel movement information and the Automatic Identification System, in addition to on-water CCG vessels, light stations and aircraft of three government agencies, CCG, Transport Canada, and Fisheries and Oceans Canada.

The Marine Mammal Desk became operational at the end of October 2020 and is staffed by five specially trained officers. It is located in Sidney, B.C. within the CCG’s Marine Communications and Traffic Services Centre.

Ocean Wise Conservation Association collaborated on the project’s development and is contributing its B.C. Cetacean Sightings Network (BCCSN) to the streams of data. The 20-year old network is today driven mainly by a citizen-action app called the Whale Report Alert System that allows mariners to send and receive data on whale locations.

“They need quite places to take a break,” she said. “This is going to be an amazing tool for everybody.”

With ship strikes, she said humpbacks are affected especially hard in B.C.

“They’re slow and spend a lot of time on the surface. It’s quite under-reported because these ships are so big they won’t even know necessarily that they struck a whale, and then the carcasses sink.”

Between 2004 to 2011 there were about 30 humpback collisions reported in B.C. waters. The bulk of the reports came from small vessels less than 15 metres in length.

“But with the endangered southern residents, there’s only 74 individuals left. So even the loss of one could have major implications on the recovery of that species.”

Vessels are required to keep a minimum distance of 400 metres from killer whales.

The public is asked to call the DFO Marine Mammal Incident Reporting Hotline at 1-800-465- 4436, to report whale sightings or instances of whales being harassed or disturbed. Mariners unable to reach the incident reporting hotline can call CCG’s Marine Mammal Desk at 1-833-339-1020 or CCG radio.