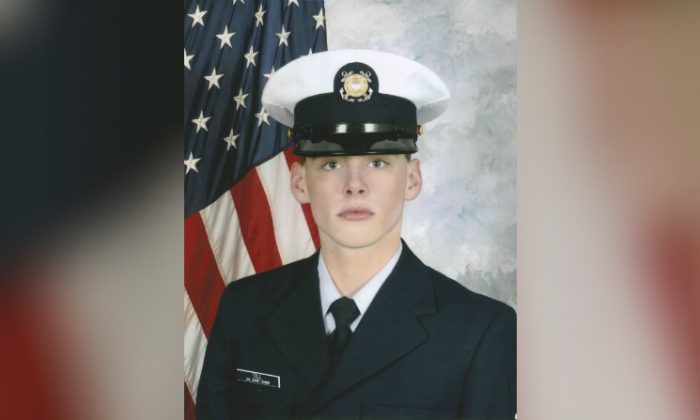 A Virginia Coast Guard officer died on Sunday from severe injuries inflicted in a head-on car crash with a drunk driver.

Daniel Dill was driving to pick up his wife from the Virginia Beach oceanfront at 2 a.m. on Saturday, Nov. 4, when a woman driving the wrong way on I-264 slammed into his car.

Dill, a petty officer 2nd class with the Coast Guard, was rushed to a hospital. Doctors told the family he had a major spinal cord injury, a severely swollen brain, broken bones, and internal injuries. The family decided to withdraw care after hearing the prognosis, The Virginian-Pilot reported. Dill died shortly after midnight on Sunday.

The driver was identified as 25-year-old Melissa Ann Hancock. She told police that she had two to four drinks at Peabody’s Nightclub at the Oceanfront about an hour before the crash. Her blood alcohol level was measured at 0.112, above the 0.08 legal limit.

The victim’s wife, Natalie Dill, is devastated by the loss, her father said. She was out with friends celebrating her birthday and Dill, who never drank or smoked, was coming to pick her up and be the designated driver.

The couple had dinner hours earlier to celebrate Natalie’s 27th birthday. Her father, Steven Rocha, said Dill was “the most compassionate guy you would ever meet.”

“He was the best son-in-law a father could ever have,” Rocha said. “We loved him as if he were our son.”

The Dillsmet at a Sushi restaurant in Suffolk. Daniel came in once with his Coast Guard friends and later became a regular.

“Dan didn’t even like seafood,” Rocha said. “He just kept going back to see her.”

The couple dated for a year and married. They bought a home in Portsmouth and were hoping to start a family.

“They were an awesome couple,” he said.

Police charged Hancock, 25, with driving under the influence of alcohol at the site of the crash. That charge may be upgraded, according to an attorney for the prosecutor.

A judge set Hancock’s bail at $15,000 and ordered her to wear a GPS tracking device that also monitors her blood alcohol level. The prosecutors objected to the bond and filed an appeal.

“Everyone involved feels horrible about the tragic accident,” Stephen Pfeiffer, Hancock’s attorney, said. “We are investigating the accident and the allegations against Miss Hancock.”

The deadly crash occurred west of the Birdneck Road exit on I-264.

Hancock moved to Virginia Beach four weeks ago and started working in insurance sales for GEICO three weeks ago, according to her court file. She has a prior marijuana conviction.

Dill joined the Coast Guard in 2006, following in the footsteps of his older brother. Their younger brother joined later on as well.

“He was the most clean-cut guy,” Chris Dill Sr., Dill’s father, said. “He never drank or smoked, and you had to really push his buttons to get him to curse. There wasn’t a confrontational bone in his body.”