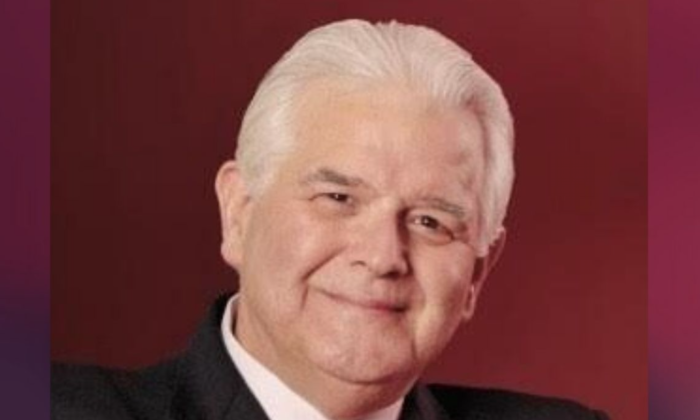 A bipartisan group is pushing for the proposed “Keep Nine” amendment to the U.S. Constitution, which would, once and for all, block efforts to pack the Supreme Court by fixing the number of members of the high court at its current nine.

When then-President Franklin D. Roosevelt, a Democrat, tried in the 1930s to pack the court to clear the way for his controversial New Deal, the idea was met with backlash, and he withdrew the proposal after lawmakers from his own party turned against it.

Filling the seat quickly in an election year enraged many Democrats, given what happened with Merrick Garland. Following the election-year death in 2016 of conservative Justice Antonin Scalia, the then-Republican-majority Senate refused to take up then-President Barack Obama’s nomination of Garland to the Supreme Court. Garland was subsequently appointed attorney general by President Joe Biden.

Biden flirted with the idea of court-packing during the 2020 campaign but didn’t endorse it, saying he would create a national commission to look at a court system he described as “out of whack.” Biden’s commission wrapped up in December 2021, refusing to endorse adding extra seats to the court. Its report stated that “there is profound disagreement among commissioners on these issues.”

Former Tennessee Attorney General Paul Summers told The Epoch Times that membership in the group the Coalition to Preserve the Independence of the U.S. Supreme Court includes 15 former attorneys general. The group, which he chairs, was formed about 2 1/2 years ago. Its website is KeepNine.org.

A packed Supreme Court “could rig election rules, ban private spending on campaigns, or possibly rule laws that heretofore have been unconstitutional and find them constitutional,” Summers said.

The group’s executive director, Roman Buhler, said the proposal currently has the support of 179 members of the U.S. House of Representatives, including 80 percent of Republican members of that chamber, 24 U.S. senators, and more than 800 state legislators from both parties across the country.

“Our very simple political goal is to make the Keep Nine Amendment a household word in American politics, and an issue in the 2022 elections,” Buhler said.

Summers said it would be the shortest amendment on record, consisting of just 13 words: “The Supreme Court of the United States shall be composed of nine justices.”

The number of Supreme Court justices is currently fixed by statute. Supporters of the amendment say that inserting the numerical limit into the Constitution would make it very difficult in the future for the number to be changed and that would have a salutary effect on the nation’s government.

Amending the Constitution is hard to accomplish. The amendment bill must pass by a two-thirds supermajority in both houses of Congress and then be ratified by three-quarters of the states, or 38 of the 50 states, to become part of the Constitution.

Summers said that when the Constitution was ratified in 1789, there were six justices. Membership rose to 10 in 1869 but fell after the Civil War to nine, where it has remained, he said.

“When I look at what the modern Washington, big-government left wants now, it’s pretty simple. They want absolute power. They want the power to do anything that they want. They don’t want checks and balances on their use of power,” Buhler said.

“I don’t think there’s a more important issue in the long-term future than whether or not America retains what has … been the crown jewel of our limited government republic, which is an independent Supreme Court,” he said.

“The left wants absolute power; the way they get it is they control all three branches of government at once,” Buhler said. They are trying to get rid of the filibuster, “probably add new states and then pack the court, and that would be a disaster for limited government in this country.”

“It would unleash a whole flood of far-left Democratic priorities, which right now are inconceivable because most people would consider them unconstitutional,” and unleash regulatory powers “so that regulators can rule and intimidate without checks and balances and most probably a wealth tax.”

“And probably the one thing that a lot of your readers haven’t thought about is that over the last 100 years, we’ve never gone more than 15 years without a Democratic majority in Congress,” Buhler said.