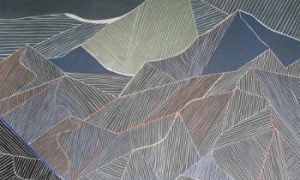 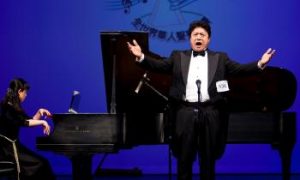 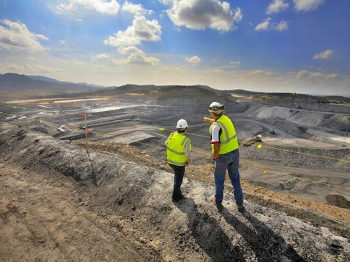 An open cut mine in the Hunter Valley, New South Wales.
US

Coal Seam Gas Not What It’s Fracked Up to Be

The rush for coal seam gas is on, with plans for thousands of wells to be drilled around Australia. But farmers and environmentalists say the rush is a nightmare that may destroy water tables and jeopardise the country’s food security.

Agricultural areas like the Darling Downs in Queensland and the Liverpool Plains in New South Wales, rich in black soil and underground water, are important contributors to Australia’s food security.

But they may be under threat with the arrival of the coal seam gas (CSG) industry, with these areas targeted for extensive resource development.

“The whole Gunnedah region, Liverpool Plains and the Darling Downs is some of the best farming country you will see out of the Ganges Delta. But they just want to trash it,” says Drew Hutton, from Friends of the Earth in Queensland.

But coal seam gas companies argue that the resource is less polluting, more efficient and has a lower greenhouse gas impact than coal for power generation.

Professor Gary Jones, head of eWater Co-operative Research Centre (CRC), wrote on his blog Inside Water that increasing demand for power in NSW and Queensland, and a potential gas supply shortfall as SA’s Cooper Basin production declines, are further incentives to look to coal seam gas.

To that end, companies in Queensland have already drilled 3000 wells and committed $31 billion to coal seam gas projects, with another 50,000 wells and $50 billion in investment touted for the future.

Queensland Gas Company and Origin Energy are major developers in Queensland, while BHP, AGL and international companies like China’s Shenhua are among the 40 companies lining up to drill areas like Gippsland in Victoria and the Perth Basin in Western Australia.

In New South Wales, 300 coal seam gas wells are already in place and 15 wells have reportedly been approved for drilling in the Illawarra region that supplies Sydney’s drinking water.

Harvesting CSG involves drilling 300 to 1200 metres below ground to reach gas trapped in the coal seam. Gas is released through a process called “fracking”, in which water, sand and various chemicals are pumped into the seam, causing it to fracture.

Environmentalists say the destabilising force of fracking under the surface means that not only may ancient aquifer systems be polluted with toxic chemicals, but they may be destroyed by the pumping.

Although many CSG companies have denied using chemicals like the highly carcinogenic B-TEX group (benzene, toluene, xylene and ethylbenzene), a Congressional report published in the US last week found that many companies do not disclose what chemicals are used. The US state of Texas last month introduced a bill to its state legislature that would require CSG companies drilling in the state to publicly disclose their use of chemicals.

In Australia, farmers do not hold ownership of resources under their farming lands. CSG companies, along with state and Federal governments seem to believe that mining resources are more important or that mining and agriculture can co-exist.

Drew Hutton says the latter is hard to imagine, with the infrastructure demands of CSG involving “hundreds of kilometres of pipelines” and service roads, as well as compressor stations and industrial traffic.

He argues that the energy consumed by the process defeats the original CSG argument that it is a more sustainable alternative to coal mining.

“When you add up all the green house gases that are caused by extraction, pumping and liquefying the gas, and clearing the land, then gas doesn’t come out much better – about the same really as coal – in its impact on the environment,” Mr Hutton said.