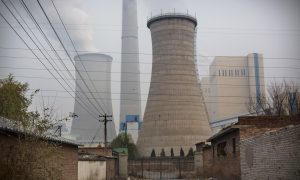 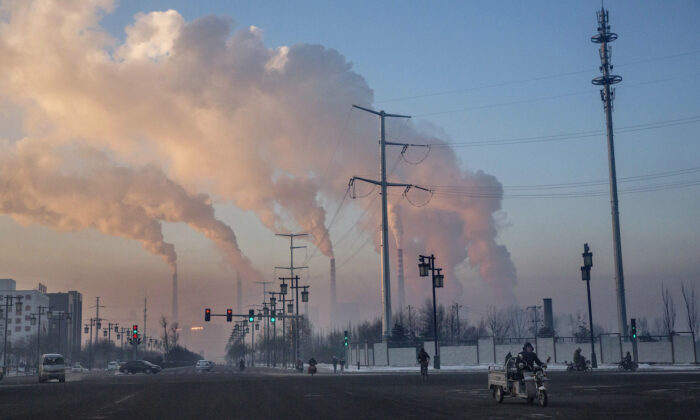 Shipping prices for coal at China’s Qinhuangdao port surged, due to tight supply, to $131 per metric tonne on May 28, from $85 per tonne a year before, according to CCTD.com.cn.

The power shortage comes conjointly with the coal price rally. Guangdong Province, the largest GDP contributor of China, has been limiting the power usage of businesses for many cities, including Guangzhou, the capital city of Guangdong Province, and Dongguan, the manufacturing hub in the Pearl River Delta. Some factories are forced to stop operation for three or four days a week due to power shortages.

In an exclusive interview with The Epoch Times, Hong Kong financial analyst Katherine Jiang Tianming said that coal demand and power consumption fluctuate on a seasonal basis and usually reach their peak in summer and winter when residential demand rises. However, it is uncommon that coal prices surged and power shortages occurred in April and May, which are off-peak months. CCP (Chinese Communist Party) media, people.cn, attributed the power shortage to the fast growth of China’s economy. However, the CCP’s control of the market supply is worth noting, especially in the coal mining sector.

Coal Production Is Constrained By CCP

Kaiyuan Securities, a Chinese Security Company, stated in one of its coal industry reports that domestic coal production sees various restrictions set by the government. Those restrictions include the anti-corruption campaign in Inner Mongolia’s coal mining sector, controlling the sales volume through issuing “Coal Sales and Management Ticket,” and the safety inspections of coal mines.

Inner Mongolia, one of China’s top coal mining provinces, is cracking down on illegal coal mines with an anti-corruption campaign to investigate the operational process of coal mines in the past 20 years, including the planning of coal mining, investment review, resource allocation, environmental impact assessment, and approval of mining rights. According to people.cn, the anti-corruption campaign has exposed 1,513 coal mines.

Coal Sales and Management Ticket (CSMT), a unique product under China’s command economy, is issued by the government to control coal sales volume. In China, every unit of coal must be sold together with the CSMT, whose value is set by the government and therefore the coal output can be effectively controlled. At the end of April 2021, many coal mines in Erdos, a city in Inner Mongolia, had to stop production due to the exhaustion of CSMT, which heightened the tight supply, according to an industry report by TF securities.

A notice issued by the Ministry of Emergency Management of the People’s Republic of China on March 18 requiring safety inspections of coal mines in Shanxi, Inner Mongolia, and Shaanxi also added to the tight supply.

Jiang said, the CCP’s 100th anniversary is on the way, and it requires a quiet period without large coal accidents, which may cause social unrest before July 1. This will lead to a low utilization rate of coal mines, resulting in less coal output and rising coal prices. The coal price rally will squeeze coal-fired power plants’ profit margins under the current tariff setting mechanism, which lacks cost pass-through. Some coal-fired power plants may not fully operate to preserve a margin, which would intensify the tight power supply.

On May 28, the local government of Dongguan Nancheng district said on its official website that power restrictions may last until the end of this year due to power shortages. Similarly, “The Plan of Power Rationalization in Guangzhou,” which was approved by Guangzhou Municipal Industry and Information Technology Bureau on May 10, also pointed out that there are no restrictions on the power grid, but instead, tight power supply in Guangdong Province.

Jiang said lesser imported hydropower from Yunnan, the second-largest fuel source of Guangdong, is another reason for Guangdong’s power shortage.

According to the “2020 Annual Report of Guangdong Power Market,” coal-fired power is the largest fuel source of Guangdong, accounting for 36.2 percent of total supply in 2020. This is followed by imported hydropower from Yunnan Province, which contributed 29.6 percent of the total power supply. However, power transmitted from Yunnan power grid decreased by 21.23 percent year on year in the first four months in 2021, due to insufficient hydropower supply in Yunnan caused by a lack of rain in 2021, according to a Chinese media, bjx.com.cn.

Jiang said, “coal-fired power is more stable than renewable energy, which shows a high intermittency due to the restrictions from natural resources. For example, hydropower cannot fully operate when the water flow is low. Solar power is more likely to underperform on cloudy days or at night. It is hard for renewable energy to safeguard a stable power supply due to its intermittency, as evidenced by the recent power shortage in Guangdong Province.”

“The CCP needs to balance renewable energy investment and power security,” said Jiang. “However, the power shortage in Guangdong implies that the CCP has put renewable energy development first, as Xi Jinping has assured the world that China will achieve net-zero emissions in 2060.”

Jiang said the coal price surge would raise fuel costs for many enterprises that consume coal, pressurizing the market to reduce their margins. Limiting power usage will also limit economic activities. If this lasts for the rest of the year, as has been expected by the Dongguan Nancheng district’s local government, production will fall, which will increase prices and drag down the economy.