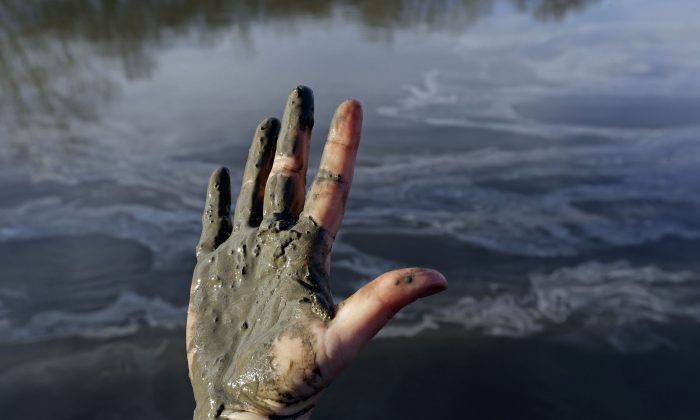 NASHVILLE, Tenn.—Six years ago, there was a massive spill of coal ash sludge in Tennessee. Three years later, tons of coal ash swept into Lake Michigan. Last February, there was another spill and gray sludge spewed into the Dan River in North Carolina.

With each disaster, environmentalists sounded alarms and called for the byproduct of burning coal to be treated as hazardous waste. On Friday, U.S. Environmental Protection Agency released the first standards for the coal-burning waste, but they were hardly what environmental groups were hoping for.

The EPA ruled that the ash can be treated like regular garbage, meaning regulating the stuff will be left up to states and watchful citizens.

“We had to go to court to force EPA to issue this first-ever coal ash rule, and unfortunately, we will be back in court to force coal plants to clean up their ash dumps and start disposing of their toxic waste safely,” said EarthJustice attorney Lisa Evans.

Added Scott Slesinger of the Natural Resources Defense Council: “Unlike the majority of environmental standards — which are backstopped by federal enforcement — this rule all but leaves people who live near coal ash dumps to fend for themselves.”

The coal industry supported the less strict classification, arguing that the ash wasn’t dangerous, and that a hazardous label would hinder the ash recycling market. About 40 percent of coal ash is reused, in products such as cement.

In Tennessee, the spill happened when a containment dike burst at the Tennessee Valley Authority’s Kingston Fossil Plant, releasing more than 5 million cubic yards of ash from a storage pond. The sludge flowed into a river and spoiled hundreds of acres in a riverside community 35 miles west of Knoxville.

A couple of dozen families used to live on a peninsula near the plant, but now the sole resident is Tommy Charles and his wife.

Charles said on the night of the rupture, he was awakened by a phone call from a friend who was checking on them.

He took a flashlight and went outside. “I didn’t know what I was seeing,” he said Friday. “It was just a mess of goo.”

The Tennessee Valley Authority is spending $1.2 billion to clean up the mess. Since the December 2008 disaster, the EPA has documented 132 cases in which coal-fired power plant waste damaged rivers, streams and lakes, and 123 where it has tainted underground water sources, in many cases legally.

The EPA said the steps they were taking would protect communities from the risks associated with coal ash waste sites and hold the companies operating them accountable.

“It does what we hoped to accomplish … in a very aggressive but reasonable and pragmatic way,” EPA Administrator Gina McCarthy said.

The rules will increase monitoring for leaks and control blowing dust, and require companies to make testing results public. They also set standards for closing waste sites, and require those that are structurally deficient or tainting waterways to close.

The new rules apply to closed coal ash ponds at sites where utilities still have active operations, such as the Duke Energy plant in Eden, North Carolina, where the sudden collapse of a drainage pipe triggered a massive spill in February that coated 70 miles of the Dan River in gray sludge. Duke was operating a new natural gas plant on the property at the time of the spill, and no longer creating coal waste.

Prior to the spill, tests showed it was among 32 unlined pits being operated by the company in the state and tainting groundwater in violation of state standards. The new rule requires new waste pits to be lined.

The regulations do not cover sites at shuttered power plants. And in some cases, they would allow existing landfills that do not meet the new standards to continue to operate.

Tony Hatton, Kentucky’s solid waste division director, said it’s still unclear how long states have to draft their own plans following the EPA guidelines. He said utilities in Kentucky have been moving away from “wet-handling” of the ash in recent years, where the waste is stored in ponds and instead dumping it in dry landfills.

With a dry landfill “you’re less likely to get into compliance problems from a groundwater perspective and it’s a lot more protective of groundwater,” Hatton said.

Coal ash has been piling up in ponds and landfill sites at power plants for years, an unintended consequence of the EPA’s push to scrub air pollutants from smokestacks.

In volume, it ranks only behind household trash in quantity, and it is expected to grow as the EPA controls pollutants like heat-trapping carbon dioxide and mercury and other toxic air pollutants from the nation’s coal fleet. On the upside, a switch from coal to natural gas-fired power plants in recent years has generated less ash.