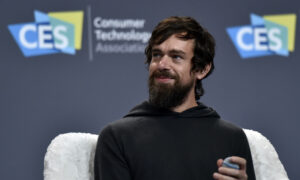 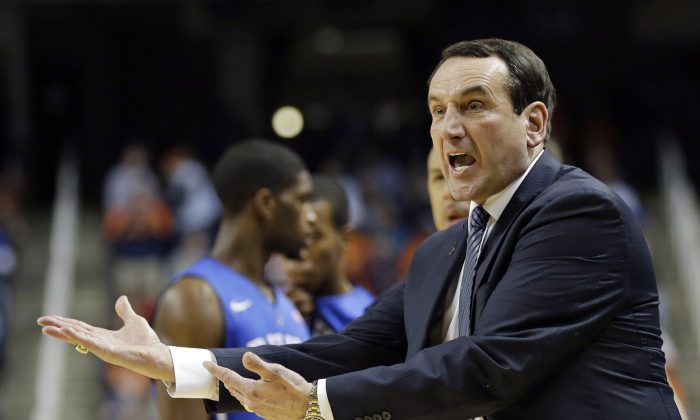 Duke head coach Mike Krzyzewski reacts after being called for a technical foul during the first half of an NCAA college basketball game against Virginia in the championship of the Atlantic Coast Conference tournament in Greensboro, N.C., Sunday, March 16, 2014. (AP Photo/Gerry Broome)
Tech

An article saying Duke coach Mike Krzyzewski is being urged to retire after making “racist remarks toward” a Mercer player after losing is fake.

The article was published on Empire Sports, a “satire” news website.

“If losing to Mercer wasn’t bad enough, it just got worse for Duke. Evidently no one thought to watch out for possible rash actions by people affiliated with the Blue Devils, especially the head coach. I guess the next time they lose to a school that is only known for…. well nothing really, they will monitor the team’s online activities more closely afterward,” the fake article reads.

It had several thousand shares as of Tuesday.

According to Empire Sports’ disclaimer, it publishes only “satire” articles.

Previously, the site’s disclaimer said, “Empire Sports is a satirical and entertainment website. Empire Sports uses invented names in all its stories, except in cases when public figures are being satirized. Any other use of real names is accidental and coincidental.” That disclaimer has since been taken down, but the website hasn’t ever published a real news story.

The fake Empire Sports article about Krzyzewski doesn’t cite any sources and no mainstream or local news outlets reported on it. It says that Krzyzewski posted a racist comment on YouTube and was found out after “a well-known hacker figured out the IP address of the commenter and low and behold it was coach Mike Krzyzewski. Coach K apparently thought he could remain anonymous, just by using a different user name.”

A number of commenters on the fake article apparently thought it was real.