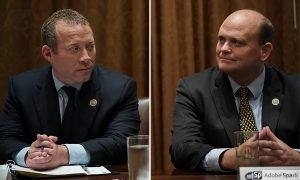 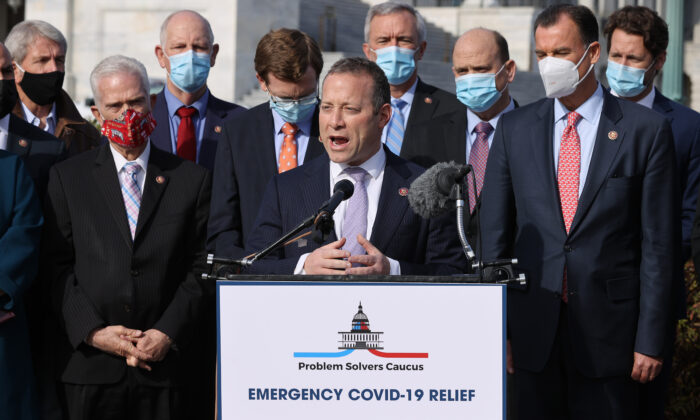 The House of Representatives Problem Solver Caucus’s co-chairs, Reps. Josh Gottheimer (D-N.J.) and Tom Reed (R-N.Y.) are urging President Donald Trump to sign the CCP virus relief bill, stressing the huge effort and negotiation that went into getting the two parties to agree to the provisions in the bill.

“We worked for months, as you know, Democrats and Republicans, not just in the House but in the Senate. We got to an agreement, the president’s representatives including the Secretary of Treasury was at the table. We all agreed to this and voted in the House and the Senate overwhelmingly with support from both sides and then suddenly out of nowhere the President decides to hold this hostage,” said Gottheimer.

On Tuesday, the president criticized the omnibus spending package that had been finalized by Congress on Monday, saying that more money was going to foreign countries and lobbyists than to the American people. He urged Congress to increase direct payments to American families from $600 to $2,000.

Gottheimer said despite the low direct payment amount criticized by the president, the rest of the legislation would provide much-needed relief to small business owners, healthcare facilities, schools, the unemployed, and many struggling American families.

“This includes resources to get the vaccine out, to distribute that at a critical time. So, this is an emergency pandemic relief package with the country in a really, really tough time,” Gottheimer added.

The Problem Solver Caucus members have been instrumental in helping get the relief bill finalized, a process that has taken over half a year.

The Problem Solver Caucus is a bipartisan, bicameral group of 50 lawmakers who came together in 2017 to overcome the gridlock that too often stalls the legislative process. According to their webpage, “the Caucus’ aim is to create a durable bloc that champions ideas that appeal to a broad spectrum of the American people.”

Reed indicated that Republicans will not vote in favor of the $2,000 direct payments to individuals, and suggested that the issue should be addressed after the current relief billed is signed and the crisis is averted.

“The idea of increasing the checks, we can potentially deal with that later, but I will just tell you right now, let’s do what we can agree upon. Let’s get this bill done,” said Reed.

Reed said that his caucus is trying to change when these large pieces of legislation are debated and finalized.

“Don’t wait till these deadlines, don’t wait to put these massive bills together, in total I think there’s broad agreement that we shouldn’t do it this way, but we are where we are,” said Reed.

Reed urged the president to sign the legislation, saying, “So what we should be doing is focusing on where we agree.”