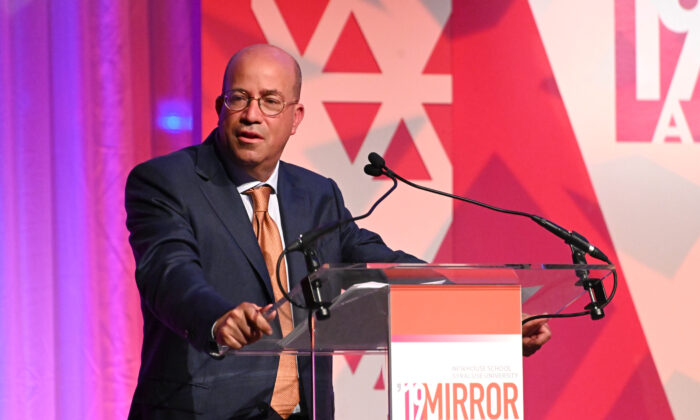 CNN President Jeff Zucker, in an email to employees, said most the network’s workforce won’t return to offices before September.

“Our expectation is that the rest of you will not return before early September, with a few exceptions in July for newsgathering and some in August, depending on the political conventions,” Zucker wrote in an email obtained by Deadline, TheWrap, and the Daily Beast.

Most of CNN’s employees have been working at home due to the CCP (Chinese Communist Party) virus pandemic.

He noted that none of the dates “are set in stone” and noted many questions that are “left to be answered before we can move forward.”

“But, to be clear, production of our programs will continue from home, as it is now, until the end of summer. Same for digital,” Zucker remarked.

He said that any return would include a phased approach.

“We will not be returning to the office in any significant way any time soon,” he added. “We will phase back in very slowly, with emphasis in the beginning on roles that are directly related to keeping the CNN US network on the air, as well as newsgathering. As a result, for the majority of you, across all of our networks and platforms, return to the office will not happen in any significant way before the end of the summer.”

Cuomo was released from quarantine earlier in the week. Baldwin and Quest have reportedly experienced only minor symptoms.

The 14-year-old son of Cuomo, Mario, tested positive for COVID-19, according to his wife Cristina, who was also diagnosed with the virus, according to an Instagram post.

“This virus has created a different version of me. My hope is to be stronger, healthier, smarter about the virus at large. After 10 days of ups and downs, feeling good one-day and terrible the next, I am now working toward getting my son, Mario, through the virus. My heart hurts more than my head over his infection,” she wrote.