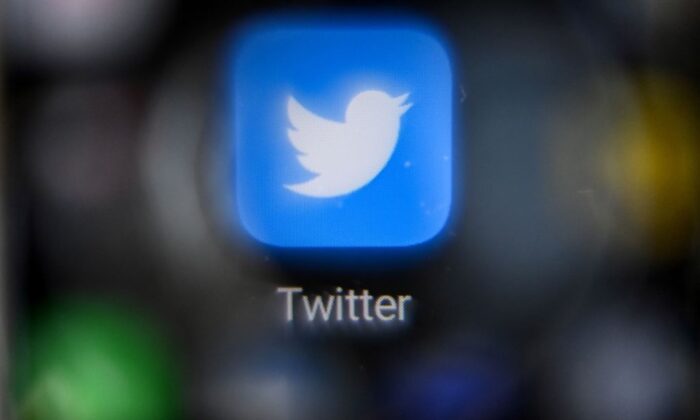 The logo of U.S. social network Twitter on a smartphone screen in Moscow on Oct. 12, 2021. (Kirill Kudryavtsev/AFP via Getty Images)
Media & Big Tech

CNN’s new president Chris Licht has said he will no longer be using Twitter after commencing his new role, stating that the platform can “skew” important issues.

Licht took to Twitter on April 18 to announce that he will be ditching the social media platform as of May 2, the same day that he starts his new position at the cable news network.

“May 2 will be my first official day in the office at CNN & my last day on Twitter,” Licht said. “Twitter can be a great journalistic tool, but it can also skew what’s really important in the world. I’m logging off & looking forward to working with the incredible team at CNN.”

Licht, a former showrunner of “The Late Show with Stephen Colbert,” is stepping into the shoes of former CNN President Jeff Zucker, who led the network in its coverage of former President Donald Trump’s administration.

Zucker abruptly resigned in February 2022 amid fallout from an investigation into former anchor Chris Cuomo’s alleged protection of his brother, then-New York Gov. Andrew Cuomo, who was facing sexual harassment allegations. The investigation revealed that had Zucker failed to disclose a consensual romantic relationship with a colleague.

According to Axios, Licht believes that CNN was chasing “prime-time ratings at the expense of the brand” and that the news outlet is likely to shift its emphasis back to hard news and away from “red-hot liberal opening” under Licht’s guidance.

In a letter to CNN staffers in February, which was obtained by Mediaite, Licht said he plans to “double-down on what’s working well and quickly eliminate what’s not.”

“I know you have a lot of questions. Perhaps the biggest one is how will CNN change? The honest answer is that I don’t know yet. David Zaslav has given me one simple directive: To ensure that CNN remains the global leader in NEWS as part of Warner Bros. Discovery.”

Licht signed off his letter to staff noting that CNN is “uniquely positioned to be a beacon of meaningful, impactful journalism for the world,” and pledging his commitment to build on the news outlet’s “legacy.”

“I know this from being on the streets of Ferguson during the protests and watching them try to create conflict and film it causing the protestors to chant ‘[expletive] CNN,’” Dorsey wrote.