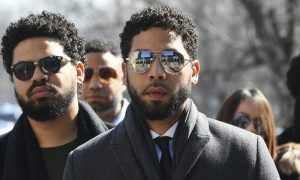 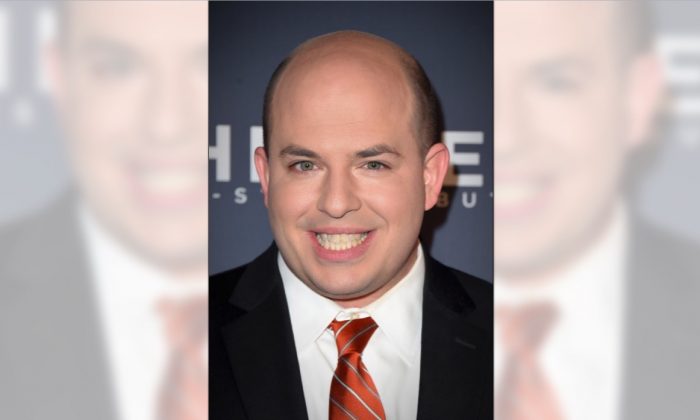 Correspondent Brian Stelter attends an event at the American Museum of Natural History in New York CIty on Dec. 17, 2017. (Michael Loccisano/Getty Images for CNN)
US News

In light of recent developments that saw felony charges dropped for Smollett in spite of seemingly overwhelming evidence he staged the so-called attack, Stelter suggested the narrative had again shifted in the “Empire” actor’s favor.

Stelter tweeted that Smollett was truly a “victim” and that “we may never know” what happened to him the night of the alleged attack, when Smollett claimed he was jumped by assailants later unmasked as paid actors.

“The narrative has once again changed from victim, you know, to villain back to victim. It’s been very confusing,” Stelter said on the air Tuesday. “People don’t know what to believe and we may never really know what happened on the street that night in Chicago.”

Brian Stelter on Jussie Smollett: The narrative has once again changed from victim to villain back to victim, it’s been very confusing…people don’t know what to believe and we may never really know what happened on that street in Chicago.

Among those critical of Stelter was CNN political commentator Steve Cortes.

“Brian, unless you believe the Chicago Police created an insanely complex hoax themselves, we know precisely what happened that night. Please don’t disrespect the cops’ diligent work,” Cortes told Stelter.

Brian, unless you believe the Chicago Police created an insanely complex hoax themselves, we know precisely what happened that night.

The Washington Examiner’s political commentary writer Tiana Lowe also publicly challenged Stelter, writing on Twitter: “‘We may never really know what happened’ about a hoax documented with checks and videos is about five inches removed from ‘Oceania had always been at war with Eastasia’ territory.”

“We may never really know what happened” about a hoax documented with checks and videos is about five inches removed from “Oceania had always been at war with Eastasia” territory. https://t.co/MpU4uWBvwv

The “Reliable Sources” anchor doubled down on his remarks in response to Lowe’s tweet, insisting that because there “isn’t any video,” no one can truly know “what really happened.”

Smollett originally claimed he was attacked in the middle of the night in downtown Chicago in January by two men in ski masks.

The brothers told detectives that Smollett paid them to fake a hate crime, even rehearsing the attack several days before it allegedly happened and telling one to yell: “This is MAGA country” while the other was to “attack him, but not hurt him too badly.”

Chicago police later said that Smollett had orchestrated the attack himself, with two Nigerian-American brothers, Abel and Ola Osundairo, carrying out the “attack.”

“This stunt was orchestrated by Smollett because he was dissatisfied with his salary,” Chicago Superintendent Eddie Johnson said on Feb. 21.

The Osundairos were seen on surveillance footage buying items used in the alleged hate crime hoax, including red hats meant to look like the “Make America Great Again” hats worn by some Trump supporters.

Smollett was facing 16 felony counts for allegedly orchestrating his own hate crime, but the Cook County State’s Attorney’s Office in Illinois dropped all the charges despite admitting Smollett was not being exonerated.

The attorney representing the Osundairo brothers issued a statement on March 26 after prosecutors dropped the 16 felony counts against the actor.

“The Osundairo brothers were fully prepared to testify in any criminal proceedings in the Jussie Smollett case,” attorney Gloria Schmidt said in a statement.

Chicago Mayor Rahm Emanuel expressed his frustration at the dropped charges during a press conference Tuesday.

“Because of the judge’s decision, none of that evidence will never be made public. None of it,” he said, according to CNN. “This is, without a doubt, a whitewash of justice and sends a clear message that if you’re in a position of influence and power, you’ll get treated one way. Other people will be treated another way. There is no accountability then, in the system. It is wrong—full stop.”

Chicago Mayor Rahm Emanuel on prosecutors dropping all charges against actor Jussie Smollett: “This is a whitewash of justice” https://t.co/DpurFFq6NW pic.twitter.com/PiwPjkcZcd

Chicago Police Department superintendent Eddie Johnson was said to be “furious” at the recent development.

He had no heads up this was going to happen.@cbschicago

“I only hope that the truth about what happened receives the same amount of attention that the hoax did,” Johnson said earlier, according to CBS. “I’ll continue to pray for this troubled young man who resorted to both drastic and illegal tactics to gain attention.”