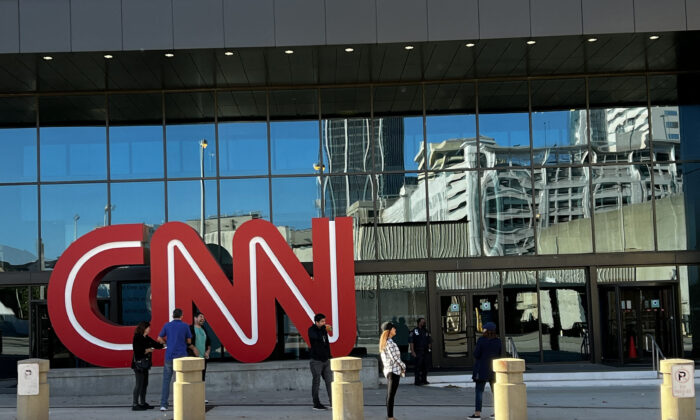 CNN announced on Friday it will stop broadcasting in Russia after Russian President Vladimir Putin signed a law that will criminalize anyone sharing “deliberately false information about the actions of Russian military personnel in Ukraine.”

Putin on Friday signed into law the measure that will penalize those who spread such information with fines or prison sentences. The law would impose up to three years or fines, but the maximum punishment rises to 15 years for cases considered to have led to “severe consequences.”

Russian lawmakers also passed amendments to the criminal code that would impose fines for people calling for sanctions against Russia.

“CNN will stop broadcasting in Russia while we continue to evaluate the situation and our next steps moving forward,” a spokesperson for the media said on Friday.

Other news outlets have announced they will suspend reporting from Russia. Bloomberg, the BBC, and the CBC were among the outlets that will temporarily suspend the work of their journalists there.

Bloomberg’s editor-in-chief, John Micklethwait, said that the change to the criminal code “makes it impossible to continue any semblance of normal journalism inside the country.”

BBC Director-General Tim Davie said the new law “appears to criminalize the process of independent journalism,” adding, “the safety of our staff is paramount and we are not prepared to expose them to the risk of criminal prosecution simply for doing their jobs.” BBC News in the Russian language will still be produced from outside the country.

The CBC said in a statement posted online that it is “very concerned” about the new law, which it says “appears to criminalize independent reporting on the current situation in Ukraine and Russia.”

Vyacheslav Volodin, the speaker of Russia’s lower house of parliament, said the new law “will force those who lied and made statements discrediting our armed forces to bear very grave punishment.”

A statement from Roskomnadzor said Facebook has engaged in “26 cases of discrimination against Russian media and information resources” since October 2020. It added that Facebook’s ban is against Russian federal law on “measures to influence persons involved in violations of fundamental human rights and freedoms, the rights and freedoms of citizens of the Russian Federation.”

Twitter said in a statement Friday afternoon that while the company is “aware of reports” that its platform is now blocked in Russia, it has not been able to confirm the situation so far. Roskomnadzor has previously accused Twitter of failing to delete the content banned by Russian authorities and slowed down access to it.

The Russian government has banned or limited foreign media outlets inside the country, including Radio Free Europe, the BBC, Deutsche Welle, Meduza, Radio Liberty, and more.

On Thursday, Russia also shut down several Russian TV and radio stations, including TV Rain and Echo of Moscow, over what officials reportedly said was a violation of a law that bans describing the Ukraine crisis as a war or an invasion.

Also, app stores belonging to Apple and Google were blocked overnight in Russia March 3–4, according to monitoring group GlobalCheck.

Before the new law’s passing, Volodin in a statement on Thursday accused “American social networks, controlled by Washington” of having “launched an information war against Russia.”

“They violate their own rules, norms of international law, restrict freedom of speech, [and] spread false information,” he said. “We cannot help but react to what is happening.”

Earlier in the week, Google blocked content from Russian state-funded media outlets RT and Sputnik across Europe, due to the ongoing situation in Ukraine. Google later suspended the selling of all online advertising in Russia.

RT confirmed on Friday it has shut down its operations in the United States “due to challenging external circumstances.” RT America had offices in Washington, Los Angeles, New York, and Miami. In a separate blog post on Thursday, an RT show host said, “We’ve been canceled, by cable/satellite/online distribution platforms,” referring to the cancellation by DIRECTV and Roku in the wake of Russia’s incursion into Ukraine.

The conflict between Ukraine and Russia has escalated after Putin declared a “special military operation” against Ukraine on Feb. 24. Putin said at the time Russia has no plan to occupy Ukraine and does not intend to target civilians, and that the operation is aimed at demilitarizing the country. He didn’t specify how long the operation would be expected to take.

Jack Phillips, Zachary Stieber, and The Associated Press contributed to this report.