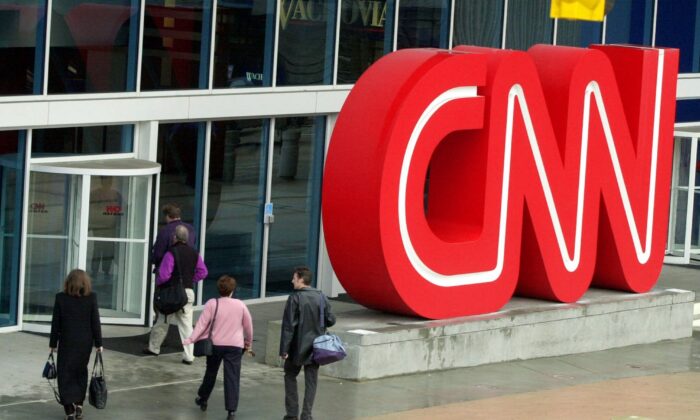 The Beijing Winter Olympics has been overshadowed from the start by complaints over China’s human rights record, harsh COVID-19 rules, and disputes over referees’ decisions. However, that wouldn’t be so apparent if one were to stumble upon a recent ad on CNN’s website.

“A Winter Sporting Event Like No Other” reads the headline of the article, which begins with a glowing account of the Chinese Communist Party’s (CCP) efforts to make the occasion more environmentally friendly than ever.

The “most anticipated winter sports event” has “become even greener,” the article claims before giving a glowing account of virtually every aspect of the Beijing Olympics, from its harsh pandemic protocols to technologies it said would make the Games a carbon-neutral event.

It cites a Wuhan Ice and Snow Sports Association official who voiced confidence that “the winter games will leave a legacy of talent, infrastructure, and technology, as the 2008 summer games in Beijing did.”

“The games is no passing fad,” Wang Jun, vice president of the state-run association, was cited as saying.

A click on either the top or bottom of the page directs readers to Xinhua’s “special coverage” of the Beijing Games with buoyant slogan-like headlines such as “President Xi steers China to unprecedented Olympic achievement” and “Beijing 2022 to usher in new era for winter sports globally.”

Absent from both pages are the controversies surrounding the Beijing Olympics that have dominated headlines in the lead-up to and during the Games.

Outcry over the regime’s genocidal campaign against Uyghur Muslims in Xinjiang, as well its rights abuses elsewhere, has led the United States and several other countries to stage a diplomatic boycott.

Before they set out for Beijing, athletes from multiple countries were warned to bring a burner phone to evade state-enabled eavesdropping. Inside Beijing’s “closed-loop” bubble, complaints have piled up over food quality, hygiene, confusing and harsh quarantine rules, and allegedly biased rulings by judges that handed medals to China.

Just miles away from the Olympic venues where the athletes are competing, prisoners of conscience such as Falun Gong practitioners face torture and other abuses inside Chinese detention facilities, a human rights group has documented.

CNN has been criticized for past coverage that cast Beijing in a positive light. On the eve of the CCP’s 100th anniversary on July 1, 2021, the cable network ran an article titled “The Chinese Communist Party is about to turn 100 but Xi will be the real star,” referring to Chinese leader Xi Jinping. Weeks prior to that, a CNN article praised Beijing for its “staggering” scale and speed in distributing COVID-19 vaccinations.

“China’s about to administer its billionth coronavirus shot. Yes, you read that right,” the headline read.

Rep. Ken Buck (R-Colo.), who was critical of the celebratory tone of the 2021 article about Xi, saw CNN’s decision to run the Xinhua ad as a “sad but unsurprising move.”

“Once again, CNN has caved to glorifying and being a mouthpiece for the Chinese Communist Party,” he told The Epoch Times.

“There is nothing ‘safe’ nor ‘sustainable‘ about the way the authoritarian CCP government runs its nation, and there is also nothing safe about American ‘journalists’ doing the bidding of a regime actively committing genocide and silencing those who dare to speak out against it.”

China’s state-controlled media have spent generously to expand the CCP’s messaging in the West, especially in the United States. Xinhua is a registered foreign agent for China under U.S. law.

Each year, the English-language newspaper China Daily—which, like Xinhua, has been designated by the United States as a foreign mission—pays millions of dollars to Western outlets to distribute its content.

Just before Christmas, Xinhua also ran an ad on the giant screen it has leased in Times Square, one of the most prized spots for advertising. The video praised the green development of a city in Xinjiang, describing it as a place filled with “sweet fruits, intoxicating wines” and “a happy life of people”—an effort to whitewash Beijing’s repression in the region, activists said.

Chinese media outlets, of course, haven’t been the sole avenue for the regime in Beijing to make its narratives heard overseas.

Months before the Olympics began, the Chinese consulate in New York hired a New Jersey public relations firm to help boost the image of the regime through the Beijing Olympics. Under a $300,000 contract, the agency was to hire prominent social media influencers to generate content about “touching moments” during the Games, athletes’ preparation work, and new technologies used, the last topic being the same theme that the Xinhua ad sought to convey.

CNN didn’t respond to The Epoch Times’ request for comment by press time.