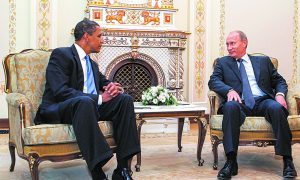 Company That Framed Trump–Russia Conspiracy Was Working for Russia
0 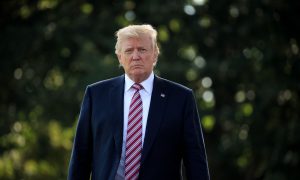 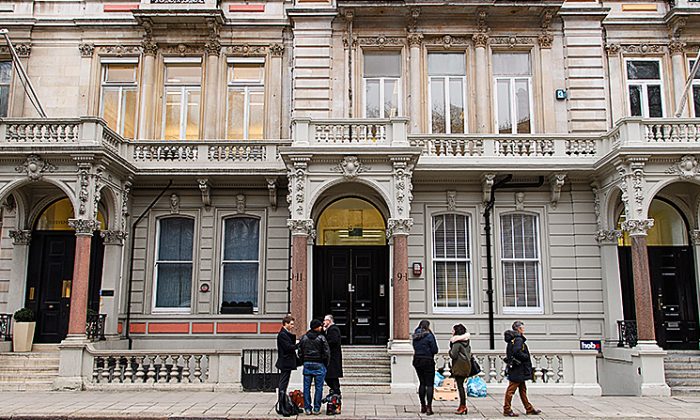 What Perez has failed to report is that he was a former colleague of the three men who founded Fusion GPS, and was apparently close friends with them, raising questions of impartiality.

Fusion GPS co-founder Glenn Simpson has been closely associated with the Steele dossier, according to The Daily Caller. Perez and Simpson worked closely together at The Wall Street Journal, co-authoring several articles on national security.

Peter Fritsch worked at The Wall Street Journal as the senior national security editor at the same time Perez and Simpson were writing on national security. He would have been their superior, and possibly their direct supervisor.

Another Fusion founder, Tim Catan, worked for the Journal at the same time as Fritsch, Simpson, and Perez, though he shared no bylines.

Fritsch and Simpson left The Wall Street Journal in 2011 to launch Fusion GPS. Another Journal reporter, Peter King, joined the Fusion staff in 2016.

Perez left the Journal in 2013 to work for CNN.

Evidence of the closeness of the relationship between all these former WSJ employees can be found in photos posted on Facebook.

Photos from 2011 show Fritsch and Perez on a fishing trip, hamming it up for the camera—not something people who were not comfortable together would do.

Other photos, from 2015, show Fritsch, King, and Perez together.

Photos posted in 2016 by Evan Perez show King with a friend at a Washington sports bar. That photo was posted in August, four months before King left to join Fusion GPS.

Fusion GPS at least in part, makes money doing “oppo research”—investigating clients’ political opponents to find any information that can be used to damage or discredit those candidates.

Fusion has also been associated with Russian lawyer Natalia Veselnitskaya, who reputedly offered the Trump campaign opposition research material to use against Hilary Clinton.

According to American businessman, Bill Browder, who got rich in Putin’s Russia before falling out of favor, “Veselnitskaya, through Baker Hostetler, hired Glenn Simpson of the firm Fusion GPS to conduct a smear campaign against me and Sergei Magnitsky in advance of congressional hearings on the Global Magnitsky Act.”

This statement was part of his written testimony offered in advance of congressional hearings.

The Magnitsky Act is named after Browder’s lawyer, Sergei Magnitsky, who was tortured and killed in a Russian prison in 2009 after uncovering a $230 million tax theft.

Browder’s investment firm, Hermitage Capital Management, thought it was doing the Russian government a favor by exposing this fraud. Instead, according to Browder, Russian President Vladimir Putin was benefiting from the tax fraud, and as revenge killed Magnitsky and forced Browder to abandon his company and leave the country.

In his statement, Browder accused Fusion GPS and its founder, Glenn Simpson, of running a smear campaign against Magnitsky, in conjunction with Russian lawyer Natalia Veselnitskaya and Russian American lobbyist Rinat Akhmetshin. They were all allegedly working with the law firm Baker Hostetler to defend the Russian company Prevezon from charges it laundered funds stolen in the fraud Magnitsky uncovered.

The Magnitsky Act, formally called the Russia and Moldova Jackson-Vanik Repeal and Sergei Magnitsky Rule of Law Accountability Act of 2012, was passed by the House and Senate with overwhelming support in 2012. The bill is intended to punish Russian officials responsible for the death of Sergei Magnitsky.

For an American firm to work against this act would be exceedingly questionable at best.

No Demonstrated Conflict of Interest

The fact that Evan Perez had not proactively disclosed his ties to the founders of Fusion GPS does not necessarily mean that he reported on them unfairly, or incompletely. However, it does raise questions of honesty and accountability.

At a time when the national media is viewed suspiciously by so many Americans, reporters like Evan Perez, who cover sensitive and complicated matters covering national security and complicated international political stories, should go well out of their way to disclose any pertinent information, to ensure that trust in their probity is not eroded.

CNN is already on shaky ground with its reporting of Trump and Russia.

In June of 2017, three CNN journalists were forced to resign and the story they worked on had to be retracted with an apology.

The incident drew a Twitter response from President Trump.

Wow, CNN had to retract big story on "Russia," with 3 employees forced to resign. What about all the other phony stories they do? FAKE NEWS!

The article linked Trump ally and one-time press secretary, hedge-fund manager Anthony Scaramucci, with a Russian investment fund reputedly under investigation by the U.S. Senate. CNN retracted the article because the network could not guarantee the accuracy of all of the reporting.

Thomas Frank, a veteran reporter who wrote the story; Lex Haris, executive editor of investigations; and Eric Lichtblau, an investigative editor and reporter all had to resign over the article.

An internal CNN inquiry reported that “the story was published despite concerns expressed by CNN’s standards team,” according to The New York Times. Nonetheless it was published.

With “fake news” becoming a popular trope and CNN’s track record of error, it would behoove CNN to be exceedingly careful to ensure that links like Evan Perez had to the people he was covering, would be revealed at the start of each report.