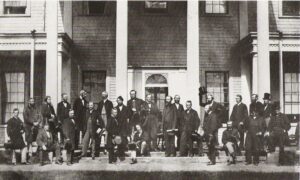 Whither the Course of Canadian Nationhood?
0 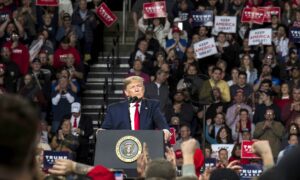 Assessing American ‘Normalcy’ in the Age of Trump
0 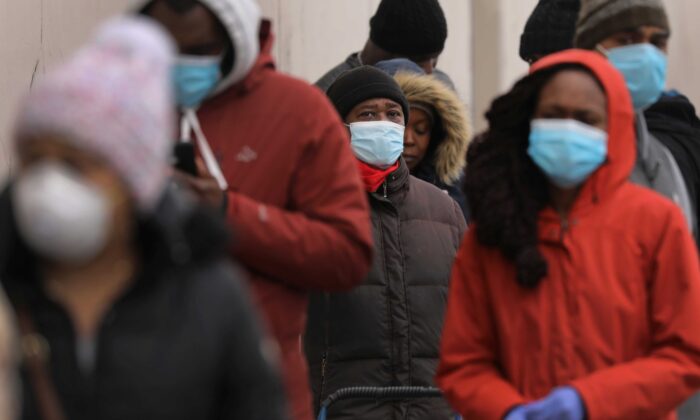 People wait in line to enter a supermarket which has limited the number of shoppers due to the coronavirus in the Brooklyn borough of New York City on April 10, 2020. (Spencer Platt/Getty Images)
Viewpoints

Citizens of Western democracies have grown wearily accustomed to a climate of global ideological division, so it’s hard to imagine being permitted to weather this pandemic in a comforting spirit of national solidarity.

For example, in the midst of the horrific contagion unleashed on the world by the willful negligence of a totalitarian regime in Beijing, progressive opinion makers continue to understate the culpability of the Chinese Communist Party and focus attention on cases of disproportionate suffering within their own national borders.

It has been clear from the earliest stages of the contagion that the coronavirus does not treat everyone equally. Some who contract the disease become very ill. Others appear to be asymptomatic. Some die, but most survive. The elderly have a significantly higher risk of succumbing to the disease, and densely populated cities have been hit harder than rural areas.

More recently, analysts have also discovered a disproportionate record of coronavirus-related deaths among African Americans and other “non-white” ethnic communities.

In a May 8 CNN report entitled “The coronavirus pandemic is hitting black and brown Americans especially hard on all fronts,” correspondent Hameet Kaur pointed to statistics from the American Public Media Research Lab that demonstrated a higher African American death rate from the virus in comparison to all other ethnicities.

At a White House Task Force briefing on April 7, President Donald Trump had acknowledged that African Americans are disproportionately getting sick and dying of COVID-19, and promised to release data detailing the extent of the problem. “We’re doing everything in our power to address this challenge. It’s a tremendous challenge. It’s terrible,” the president said.

CNN was swift to assign blame for the suffering of African Americans, but it certainly wasn’t laid at the feet of the Beijing regime. The network reported that researchers from Emory University, Johns Hopkins University, the University of Mississippi, and Georgetown University have already concluded that “Social conditions, structural racism, and other factors elevate risk for COVID-19 diagnoses and deaths in black communities.”

Some advocacy groups, such as the NAACP, are still calling on the federal government to release more detailed numbers, while The Associated Press, and other likeminded outlets, have already concluded that America’s “history of systemic racism and inequity in access to health care and economic opportunity has made many African Americans far more vulnerable to the virus.”

The left’s inclination to set suffering co-citizens in Western democracies against one-another remains unparalleled even by the standards of C. S. Lewis’s “old Screwtape.”

Turning to the Economic Impact

Turning to the economic impact of COVID-19, the same CNN report also raised the issue of disproportional suffering with regard to job losses. Once again, the primary focus was on a comparison between racial and ethnic communities.

Nevertheless, based on survey and anecdotal evidence, CNN concluded that one thing is clear: “Covid-19 has only magnified the systemic inequalities that persist in the United States. And nonwhite Americans, especially African Americans, have been hit hard on nearly every front.”

Our “useful innocents” presenting as insightful opinion makers, seldom pass up an opportunity to reinforce the divisive Leninist meme of “Who, whom?” even when it means pitting critically ill fellow citizens against one another.

While on the subject of unfair burden sharing, it might also have been useful for CNN to look at the comparative impact on the wealth-producing private sector of our economy against that of the wealth-distributing public sector.

For public-sector employees and former civil servants on guaranteed benefit pensions, the repercussions of the pandemic are measured almost entirely by the level of threat to physical health and lifestyle. The same could be said for most media and entertainment industry employees who are enjoying an enormous increase in viewers as people retreat to their homes to wait out the contagion. This advantage is doubly true in the case of government broadcasting agencies such as the CBC and BBC.

Coming out of this crisis, public sector employees will be in far better shape to restart their lives than those in the private sector.

This is in no way meant to diminish the heroic efforts of front-line medical care workers, first responders, police, and public security agents who are at higher risk of contracting the virus through contact with infected patients. The same is true for private-sector workers in essential services such as food and fuel distribution. But, we should also acknowledge that workers in publicly funded sectors have been spared the critical side-effect of sudden unemployment and the psychological despair that comes with job loss and a looming incapacity to pay bills and care for dependents.

Over the last two months some 35 million Americans, many in the early stages of promising careers in a reinvigorated U.S. economy, have lost their private sector jobs or businesses.

A Bureau of Economic Statistics chart for the month of March published by CNBC showed job losses in private sector industries close to 700,000. In the same period, the government sector actually added 12,000 jobs. Worst hit were people in leisure and hospitality, an industry in which hundreds of thousand of young people have lost opportunities for prosperous careers.

Under the present circumstances, media purveyors of “disproportionality narratives” might occasionally try to imagine the plight of the millions of racially and ethnically diverse private sector workers whose once happy and productive professional lives have collapsed in a heart beat. CNN’s report appears to have overlooked the forgotten cohort of Americans who have become the principle victims of the pandemic.