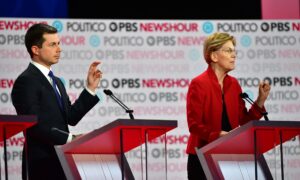 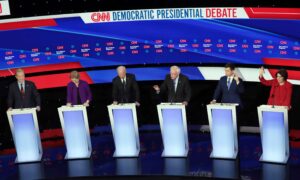 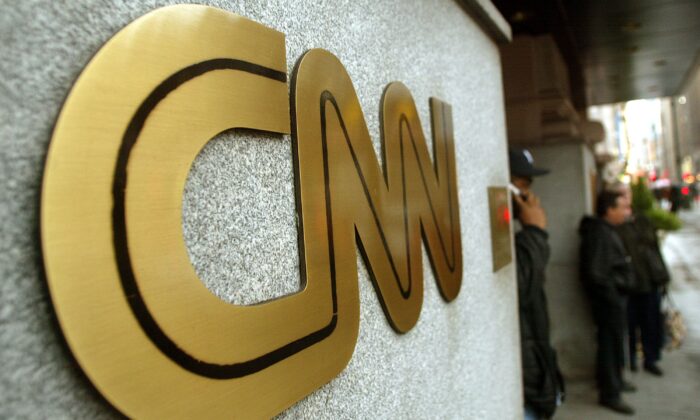 The CNN sign outside the news network’s headquarters in New York City in a file photo. (Mario Tama/Getty Images)
2020 Election

CNN Won’t Release Iowa Poll, Says It May Have Been ‘Compromised’

CNN and the Des Moines Register canceled the release of a poll of likely Iowa voters, citing an issue that may have affected the results.

The poll would have likely been the last one released before Iowa Democrats pick their preferred presidential candidate in Feb. 3 caucuses.

“A respondent raised an issue with the way their interview was conducted, which could have compromised the results of the poll. We were unable to ascertain what happened during this respondent’s interview, and cannot determine if this was a single isolated incident.

“CNN, the Des Moines Register, and Selser & Company aim to uphold the highest standards of survey research and therefore the partners decided not to proceed.”

According to Axios, one of the poll respondents contacted the campaign of Pete Buttigieg, a Democratic presidential candidate and former mayor of South Bend, Indiana. The respondent said that the surveyor omitted Buttigieg’s name from the list of candidates read to him over the phone. The campaign then contacted the pollsters.

Axios reported that “an interviewer at the poll’s call center increased the font size of the questionnaire on their screen so much that the bottom choice (which rotated between calls) wasn’t visible,” referring to an unidentified “CNN source.”

Iowa is traditionally the first state in the primary process and, to a degree, the results of the caucuses hint at whether a candidate’s campaign is viable.

CNN’s eleventh-hour poll, in turn, could have had some influence on the outcome.

CNN was planning an hour of programming focused on its poll, Politico reported on Feb. 1.

“[The poll] has the power to fuel a candidate’s 11th-hour momentum—or damage a contender who under-performs expectations,” the report stated.

Still, Iowa’s specific form of conducting caucuses makes predicting the results difficult. Voters congregate in their precincts and different areas in the venue are set up for each candidate. Voters stand in the candidate’s area to indicate their vote. Each candidate can also dispatch people to try to convince voters in other areas to switch their picks. After an initial round, candidates that didn’t get at least 15 percent support in the precinct are marked “non-viable,” and their supporters can choose a different candidate. They can either pick one of the “viable” candidates or team up to push one of the “non-viable” ones over the 15 percent threshold. In smaller precincts, the viability threshold is higher—16.6, 25, or even 50 percent.

The latest polls are giving an edge to Sen. Bernie Sanders (I-Vt.), a self-described democratic socialist who’s running on promises of gigantic government programs such as government-run universal health care and a government-led fundamental restructuring of the U.S. economy to eliminate a large portion of the country’s carbon dioxide emissions.

The latest CBS poll has Sanders tied at 25 percent with former Vice President Joe Biden, the leader in national polling. The latest Emerson poll had Sanders at 30 percent, leading Biden by 9 points.