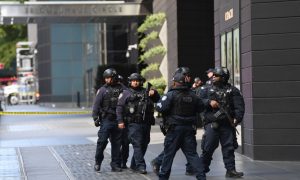 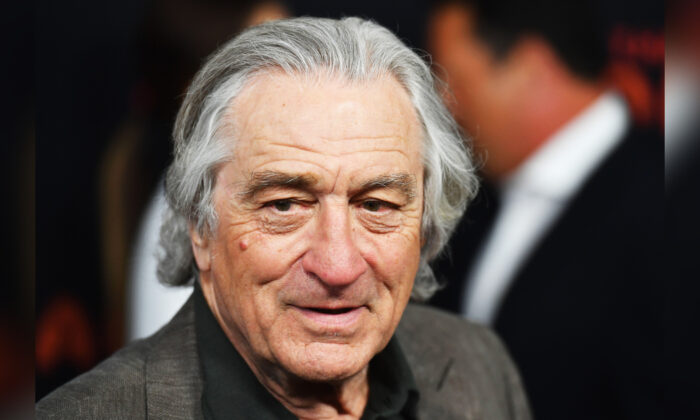 The conduct of a CNN political commentator is being questioned after he interviewed actor Robert De Niro about the future of the U.S. presidency as if De Niro was a credible spokesman on Sept. 29.

CNN Chief Media Correspondent Brian Stelter raised eyebrows across the nation after he did an in-depth interview with the Italian-American movie legend on the Reliable Sources program.

Stelter, who released a video of the interview on social media, can be heard asking whether De Niro is satisfied with the Democrats’ latest move to try to impeach Donald Trump and whether the president should resign from the top job.

De Niro lashed out, calling Trump too mentally ill to step down and could only evidence this mental condition by claiming the president once appeared on a televised interview and did not wipe the sweat from his face.

“I don’t think he’s capable of resigning,” the actor said on the video posted to Twitter. “I think he’s crazy in a way, part of him is just crazy … possibly medical too … he should at least ask someone for a handkerchief or something to dry himself off, there is something very strange about that.”

For those of you asking for the full interview with Robert De Niro: Here’s the video of part one, addressing his criticism of President Trump. pic.twitter.com/2I1NwsmXun

The actor also attacked the interviews given by Trump’s lawyer Rudy Giuliani.

“Rudy, who was just apologizing for him, is disgraceful,” De Niro said. He went on to praise media outlets that have consistently criticized the president. “I mean, if it wasn’t for you, CNN, MSNBC … the New York Times, the Washington Post, I mean, where are we?” he said.

De Niro also swore at conservative media outlet Fox News for their reporting on the president.

“[Expletive] them, [expletive] them, sorry, sorry,” he said, without being censored. “I cannot believe that they would actually buy into this craziness.”

One CNN personality revealed that usually, a live interview would quickly end if an interviewee began swearing. The broadcaster was probably trying to get higher audience ratings and thought it could “get away with that on a Sunday morning,” the CNN source told Fox News.

De Niro later appeared to describe Trump as a character from the Godfather drama movie, calling him a “gangster” who has to be stopped.

Newsbusters Vice President of TechWatch Dan Gainor could not understand why any qualified journalist would bother to interview De Niro about impeaching the president.

No “journalist” cares what Robert DeNiro thinks about impeachment.

Stelter, who responded he did care what the actor thinks, defended the credibility of the interview as exploring the news landscape.

Interviewing one of the best-known actors in the world falls squarely within the purpose, which is (as I say most Sundays) to explore “how the media world works, how the news gets made. …”

“Interviewing one of the best-known actors in the world falls squarely within the purpose, which is (as I say most Sundays) to explore ‘how the media world works, how the news gets made,'” Stelter said on Twitter.