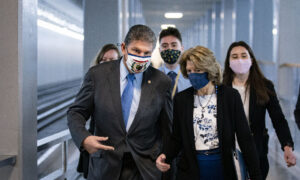 CNN Asks If Trump Should Be Banned From Twitter. The Answer Is ‘No’

After President Donald Trump slammed CNN on Twitter, the network apparently tried to get him removed from the social media website.

Trump on Sunday morning tweeted an edited video of his WWE days, showing him slamming WWE owner Vince McMahon to the ground during a stunt. But the CNN logo was crudely placed on McMahon’s face. He wrote, “#FraudNewsCNN #FNN.” The video had been making the rounds on pro-Trump forum The_Donald for some time.

The Twitter policy reads: “Hateful Conduct: You may not promote violence against or directly attack or threaten other people on the basis of race, ethnicity, national origin, sexual orientation, gender, gender identity, religious affiliation, age, disability, or disease. We also do not allow accounts whose primary purpose is inciting harm towards others on the basis of these categories.”

Stelter got a response some hours later, he wrote on Twitter. The answer was “no.” Trump, who has some 33 million Twitter followers, didn’t violate the policy. “6 hours after the first request-for-comment, Twitter replied & said Trump’s video does NOT violate its rules,” he tweeted.

On Sunday, the president also tweeted, “My use of social media is not Presidential – it’s MODERN DAY PRESIDENTIAL. Make America Great Again!”