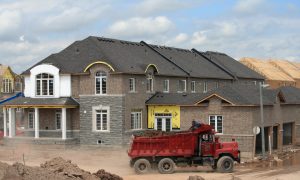 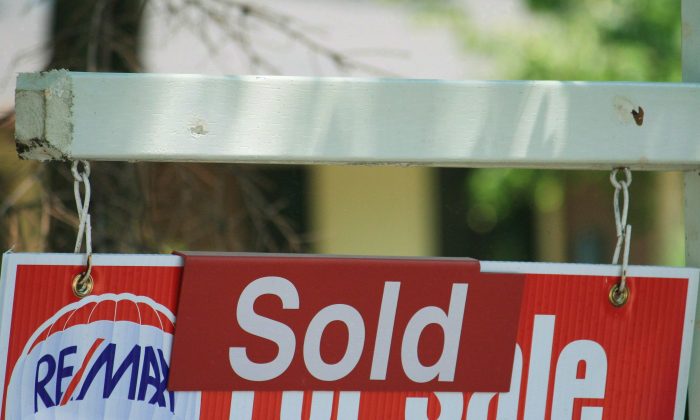 Amid concerns that Canada’s housing market is overheating, Ottawa is taking new steps to curtail taxpayer risk by limiting the guarantees on mortgage-backed securities it offers to banks and other lenders. The measure will require lenders to seek more costly funding sources for mortgages and is expected to drive up mortgage rates. (The Canadian Press/Richard Buchan)
Canada

The federal government isn’t finished in its efforts to try and slow down the housing market and limit its own risk (taxpayers’ risk) in the housing sector.

The statement went out to approved issuers of NHA MBS, which are banks, credit unions, and other mortgage lenders. It will limit to $350 million the amount of “market NHA MBS” that can be guaranteed by CMHC for the month of August.

The NHA MBS program allows lenders to obtain funding to issue mortgages by converting those mortgages into marketable securities (NHA MBS) with a federal government guarantee of timely payment of principal and interest. This process of “securitization” creates demand for the mortgages from a broad range of investors.

Typically, NHA MBS have been sold into the Canada Mortgage Bonds (CMB) program, which provides even more cost-effective funding for lenders, as CMBs are in greater demand as an investment.

The type of NHA MBS that is affected by the new CMHC stance is market NHA MBS, which is not sold into the CMB program. Market NHA MBS are sold directly to investors.

The Minister of Finance had granted CMHC the authority to guarantee a maximum of $85 billion in new market NHA MBS for 2013. This amount was viewed as appropriate given historical issuance volumes; however, according to CMHC, the total market NHA MBS issuance will reach $66 billion as of July 31, compared to $76 billion issued in all of 2012.

The formal allocation process for future guarantees of NHA MBS came about “as a result of this unexpected increase in issuance volumes to date and to better manage volumes going forward,” CMHC stated.

The pace of NHA MBS issuance to fund mortgages has to slow. If $85 billion is to be issued in total this year and $66 billion has already been issued as of July, the monthly rate of NHA MBS issuance has to fall from $9.4 billion to $3.8 billion a month, a 60 percent drop.

The federal government’s action is twofold: Curtail its own risk to the real estate market by limiting the amount it insures and ensure a more equitable usage of the remaining amount of guarantees. The bigger and longer-term picture is that eventually private insurance will replace taxpayers’ backing of mortgage lending in Canada.

Federal finance minister Jim Flaherty has, for a long time now, been wary of the growth in the housing sector and the potential implications for the Canadian economy should it crash.

Last summer, changes to underwriting standards served to tighten the growth in mortgage credit. However, house prices continue to gradually climb and a housing crash seems a remote event.

The move to restrict lenders’ usage of NHA MBS will mean a rise in mortgage rates, as the lenders will have to seek more costly sources of funding for mortgages.

The cost differential is even greater for smaller lenders who do not have access to the capital markets available to the larger banks. However, small lenders’ demand for funding is clearly not as great.

At the end of July, TD Securities sold approximately $269 million of 5-year NHA MBS at a cost of 0.70 percent more than the government’s borrowing cost, according to Reuters. This cost is roughly 0.20 percent less expensive than issuing senior unsecured debt.

The big banks will likely have to rely more heavily on the new covered bond program for which the federal government released a new legislative framework earlier this year. Covered bonds are another form of debt issuance backed by mortgages.