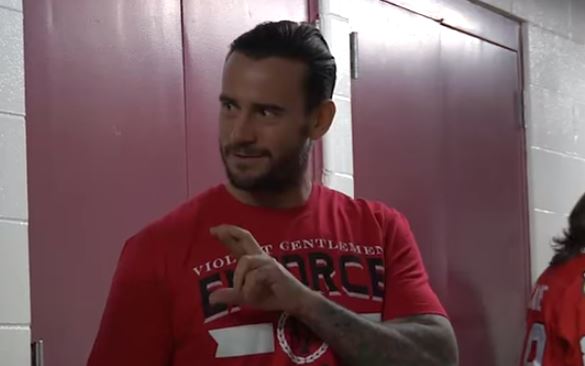 CM Punk Will Come Back to the WWE, Says Alberto Del Rio; Punk Meanwhile Tweets About Watching ’40 Hours of Game of Thrones’

CM Punk, the former WWE champion, will reportedly return back to the WWE soon, according to a report.

Punk has been away from the WWE for several months, and he has basically all but ruled out retirement.

Alberto Del Rio, the Mexican professional wrestler, told Digital Spy that regarding CM Punk, “Yeah, of course. He’ll be back soon. I don’t know when, but he’ll back.”

For his part, CM Punk has been tweeting what he’s been watching.

“Sick of people telling me I don’t do anything. I just watched 40 hours of Game of Thrones,” he tweeted a few days ago, meaning he likely watched all four seasons of the popular HBO fantasy-drama.

He later tweeted on Monday: “Due to insomnia I’ve seen 6 hours of nazis on the smithsonian channel and can recite an entire Jockey bra infomercial. #panzerschokolade.”

There hasn’t been much clarity regarding the WWE-Punk situation.

A few months ago, Mick Foley wrote on his Facebook page that Punk was in “considerable pain” while he was performing.

Foley wrote: “Yes, the response to that funny photo of CM Punk on a milk carton was incredible. While I respect everybody’s opinion – as long as it is given in a respectful way, I have to disagree with those out there who find great fault in Punk’s simply walk away.”

He added: “I am kind of like a ghost that drifts in and out of WWE, but in my past three years of drifting, I have never been to a WWE event where Punk was not in considerable pain. Ice packs, heating pads, and visits to the trainer were as much a part of his daily routine as eating. sleeping, and wrestling. Performing at that level, in that degree of pain was only possible when accompanied by the passion that turned an unlikely Indy kid into one of the greatest WWE superstars of his generation.”