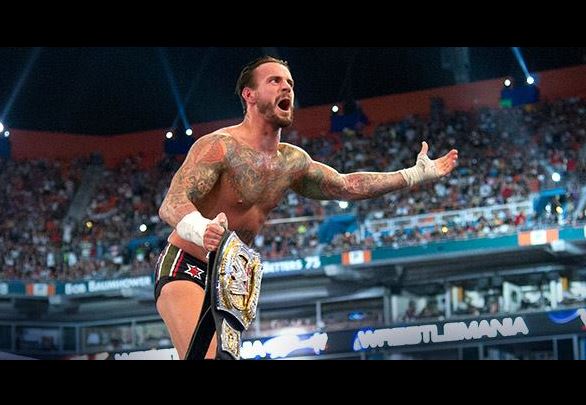 CM Punk: Should He Announce His Retirement or Return to the WWE? And Ex-Girlfriend Says He’s Done

CM Punk remains one of the most talked-about wrestlers following his sudden departure from the WWE.

Wrestling fans are still wondering what happened with Punk, who allegedly left the league because he was upset that he and others–including Daniel Bryan–weren’t getting title matches. After he left others came forward to allege that Punk is in pain and also has enough money saved up to not worry about fighting any more.

Now wrestling writer Geno Mrosko says that Punk should release a statement officially announcing his intentions. Is he going to retire or return at some point?

“I believe Punk would help his cause by simply releasing a statement himself that makes clear his career intentions,” Mrosko said. “He doesn’t have to and, to be clear, he shouldn’t have to. People should, as he put, just leave him alone and let him live out his days however he sees fit.”

Mrosko also says, though, that fans “should back off.”

“This should go without saying, but don’t stalk CM Punk,” he added. “If you have his address in Chicago — which is, sadly, publicly available — don’t use it. He’s a celebrity, yes, but he’s also a person who deserves basic human decency and he’s certainly entitled to his privacy and you shouldn’t violate that.”

According to a report from a few days ago on RedEye Chicago, he’s done.

“My friend can’t go to Target. He can’t go to Great America, the grocery store or any mall anywhere. It’s been a long time since I’ve seen him escape a restaurant without getting Instagrammed by diners at nearby tables. People mob him in the airport and tweet angrily when he doesn’t stop to sign autographs because he has a flight to catch,” she said.

Slater said that he’s made enough money to leave the WWE.