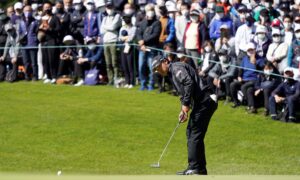 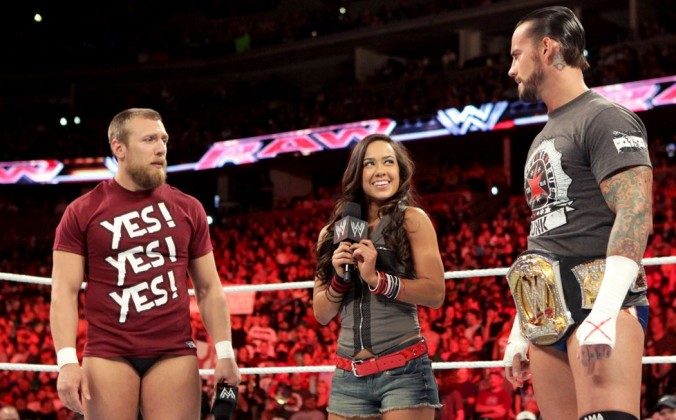 CM Punk and AJ Lee are still on the minds of many WWE fans, particularly after Lee returned to reclaim the Divas Championship title.

Now both have sent out interesting updates via Twitter ahead of the Raw episode.

If Punk, who has said he’s retired from wrestling now, does start a podcast, it would likely become pretty popular among wrestling fans. He’s a straight shooter with a sense of humor who seems to have left the WWE on his own terms.

“Just saw a toddler proudly scream in his mother’s face ‘I POOPED!’….So basically my ovaries are glowing now,” she said. It’s not that much but she did follow up by retweeting someone’s picture about parenting.

“15 years MAX…. @WWEAJLee as a parent,” the person said, tagging her in the post.

Then again, the face that she’s wrestling again and the absence of real confirmation seems to indicate that she’s not pregnant yet, but may be considering becoming pregnant sometime in the future.

Lee recently made headlines for both returning to the ring and reclaiming the Divas Championship that she held for a long time. She beat Paige on a recent episode of Raw.

“Paige … look, I just wanted to come out here and say that you’re right. This isn’t entirely easy for me to say but you’re right. I mean, you did what no woman in almost a year could do. You proved me wrong. You proved everyone wrong. And I know the kind of person I became. I let success go to my head,” she told Paige, reported Cageside Seats.

“And, granted, I was the longest reigning Divas champion of all time. But I shouldn’t have rubbed it in everyone’s face like I did. I thought I was untouchable. And you gave me the slap of reality that I needed. So I wanted to return the favor. And say thank you and congratulations.”