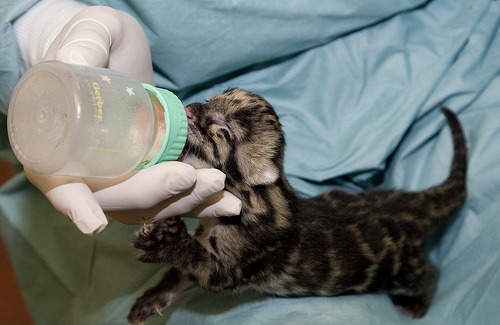 Clouded leopard extinct: A species endemic to Taiwan, the Formosan clouded leopard, was confirmed, with a little doubt, as extinct by a team of researchers.

“There is little chance that the clouded leopard still exists in Taiwan,” Chiang Po-jen, a zoologist who was part of the project, told the Taipei Times. “There may be a few of them, but we do not think they exist in any significant numbers.”

The team has tried to find one or more of the subspecies for 13 years in Taiwan. Some 15,000 infrared cameras and scent traps were set up in Taiwan’s primary forests, beginning in 2001.

Liu Jian-nan, another zoologist involved, said the results were “disappointing,” and that the search was motivated by the fact that researchers had thought they would find at least one living leopard.

Some say that the news could be a lesson for the future.

“A lot of people have said they are disappointed and find our discovery quite regrettable,” said Kurtis Pei, a study leader from National Pingtung University of Science and Technology’s Institute of Wildlife Conservation. “Some say they hope not just to feel regret but to do something to save other animals.”

The leopard is not extinct as a species, still living in other parts of the world.