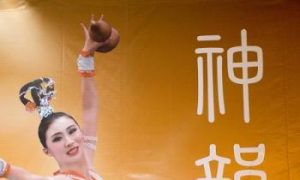 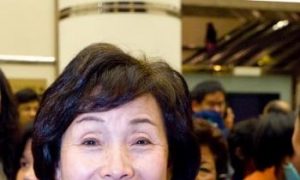 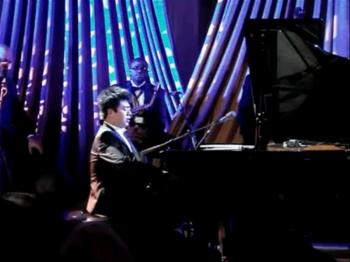 Lang Lang, a Chinese pianist, plays the piano at the White House on Jan. 19, 2011. The music he is playing is the theme song from an anti-American propaganda movie about the Korean War. (Screenshot from Youtube)
Opinion

Stephen Gregory
Publisher
Print
There’s a wide chasm between what we think our relations are with China and what they really are. Nothing could have demonstrated that better than the recent controversy about the Chinese pianist Lang Lang playing an anti-U.S. propaganda tune at the White House.

Leading American news outlets focused on the question of whether Lang Lang intended to insult the United States, and quickly reached the conclusion that he did not, without considering any of the evidence that complicates that judgment. Leading China experts discussed this incident as a clash between Chinese and American cultures, without discussing what the content of the Chinese culture on display was. The administration seemed not to have known in advance the background of the song that Lang Lang chose and afterwards simply seemed to want to go on with business as usual.

What the reactions to his performance at the White House tended to miss is that the Chinese Communist Party (CCP) wanted Lang Lang’s performance of “My Motherland” to go ahead, as the Epoch Times reporting made clear. That omission caused the entire episode to be misunderstood.

We will probably never know whether Lang Lang acted in cahoots with CCP officials or not, but Lang Lang’s personal responsibility was never the key issue. He is an instructive example, though.

Lang Lang’s own words give a hint as to why the CCP wanted his performance at the White House to take place. In a Chinese-language interview and blog post he said he played the song to show heads of state from around the world that China is “formidable” and to make the Chinese people “extremely proud.” Later, in English-language interviews he backpedalled, saying he chose the piece for its beauty, rather than nationalistic significance.

His original views as expressed in Chinese are emblematic of a type. With his cheerful mouthing of slogans about Chinese being “extremely proud” and China being “formidable,” a picture of him emerges as a typical, privileged twenty-something, whose mind has been shaped by Party propaganda since youth.

Defenders have suggested that he grew up in the United States. That is an overstatement: his first 14 years were in China. A crucial topic missing in the discussion of Lang Lang’s actions has been how CCP institutions radically form and deform human beings in these, their most malleable years. The response in China to Lang Lang’s performance showed how powerful this propaganda has been in shaping the tastes of his entire generation.

Lang Lang has repeatedly played at major events for the CCP. At the Beijing Olympics he did something that no self-respecting world-class musician would ever have done: in the opening ceremonies he mimed playing at a fake grand piano—a story broken by The Epoch Times. National Review’s Jay Nordlinger has said that Lang Lang is a court musician for the regime.

The CCP has also made use of his celebrity in other ways: Lang Lang is vice-president of the All China Youth Federation, a CCP organization whose basic mission includes the study of CCP ideology. Hu Jintao himself is a former president of this organization.

Next: Understanding What Happened