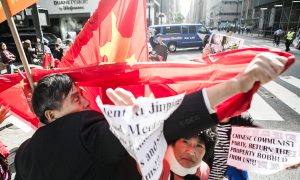 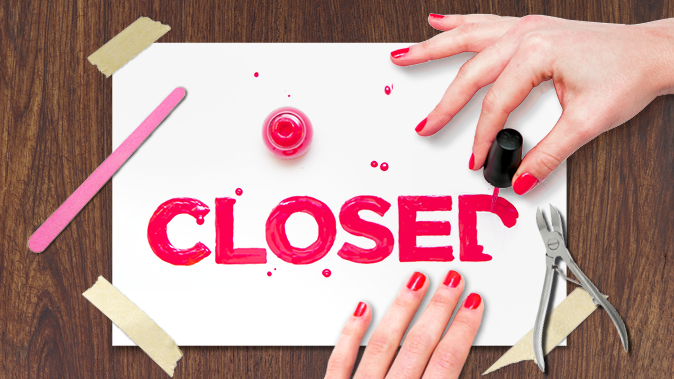 NEW YORK—In May 2015, The New York Times published a harrowing investigative series documenting the exploitation of nail salon workers. On the surface, the story had the ideal muckraking impact. A journalist had shone a spotlight on injustice. New regulations ensued to protect the victims.

Three months later, the state mandated that salon owners must purchase wage bond insurance, which would allow workers to collect payment if owners failed to pay their employees at least minimum wage.

However, several industry experts and journalists—including a former NYT correspondent—have pointed out grave errors in the New York Times series. The most alarming one is that the articles missed a critical piece of context: Nail salon owners paid their workers in cash. The actual salaries of workers were not documented by the New York State Department of Labor, which was the foundation of the New York Times reporting.

What is even more troubling is that the newly required wage bonds were inaccessible for immigrant business owners who didn’t have a credit history.

The New York Times has since acknowledged that parts of its reporting were questionable.  “In places, the two-part investigation went too far in generalizing about an entire industry. Its findings, and the language used to express them, should have been dialed back—in some instances substantially,” The New York Times Public Editor Margaret Sullivan wrote in November.

On Feb. 29, The New York Times published another article on the controversy, which appears to support the findings of the original two-part series.

Reason magazine, however, points out that the new article shows that the state’s labor inspections “reveal another reality.” The new article corrects the original series by reporting how the nail salon owners got themselves into trouble by paying their employees in cash.

The Epoch Times investigation into the nail salon business shows the workers were on the whole better off than the New York Times series suggested. It also shows how the state, when it acted to regulate nail salons, erred in rushing to address problems with an industry that had been misunderstood.

Yet the misbegotten regulation remains. And it’s crippling an entire industry.

Consequences of a Rushed Regulation

Nail salons that were once an economic ladder for Asian immigrants have closed in droves.

Assemblyman Ron Kim, who represents a large Asian community in Queens, conducted a recent industry survey of 194 nail salons throughout New York City, Long Island, and parts of upstate New York. The survey, which reached roughly 5 percent of the industry, found that 54 percent of stores have laid off employees and 71 percent have expressed a wish to shut down.

A major cause for the closures was that many businesses weren’t approved to get the required wage bonds.

In order to apply for wage bonds, business owners go through a prescreening process that examines their credit history. If nail salon owners have less than five years of credit history, they need to pay an additional $5,000 to $10,000 of collateral. If they don’t pay, their wage bond application is rejected.

“There are so many owners who have tried to transfer their businesses to someone with better credit,” Kim said. “Many of them couldn’t do it. So they sell or shut down.”

The Epoch Times encountered a nail salon owner named John who moved his family back to China as a result of the new regulation. He didn’t have enough credit history to get approved for a wage bond. He couldn’t find someone with a good credit history to transfer his business to. He closed his business before the lease was up. Since he was liable for his remaining rent payments, he went into debt.

(John did not want his full name to appear in the Epoch Times. He felt his safety might be at risk in China. Since the Chinese edition of Epoch Times was founded to provide uncensored news to people immersed in Chinese propaganda and censorship, some Chinese fear that cooperation with Epoch Times will be punished by the Chinese regime.)

Although it would ordinarily take a year of research before wage bonds are required in a brand new industry, New York state implemented wage bond requirements three months after the New York Times series was published.

“One year of research would be reasonable,” Kang said. “There’s not enough historical data to justify wage bond rates. In order to establish reasonable rates, it needs to be researched thoroughly.”

Apart from the New York Times article, there isn’t much data that points to rampant wage theft.

There are some lawsuits. Exploitation does exist in the industry. But Kang, who has been an insurance agent in the city for more than 30 years, said lawsuits alone are not a reliable source for wage theft data. Most victims of wage theft cannot afford a lawyer.

Even The New York Times has acknowledged the lack of data on wage theft in its original article.

“An examination by The Times of the [labor] department’s enforcement database dating from 2008, obtained under the state’s Freedom of Information Law, found the department typically opens two or three dozen nail salon cases a year across the entire state. According to census data, there were more than 3,600 nail salons in the state in 2012, the most recent year for which figures were available,” The New York Times wrote. “The department opened a vast majority of these cases in response to worker complaints, as opposed to initiating its own investigations, the data shows.”

There are situations where immigrant workers are reluctant to file complaints due to language barriers and a lack of awareness of their rights.

Then again, there are also many nail salon workers who are satisfied with their salaries.

The Cash-Based Salaries of Nail Workers

In more than a 100 interviews with nail salon workers and owners, the Epoch Times learned that it was common for immigrants with no education or specialized skills to earn a $40,000 salary on average after two months of training at a nail salon. The caveat is that workers are mostly paid in cash.

While paying large sums off the books is illegal, tax evasion is a separate issue from labor exploitation.

Chen, who declined to give her first name, has been working at nail salons for the last five years in Manhattan. She makes $90 a day in base salary. On average, she receives an additional $80 to $100 a day in tips.

“The irony is that the vast majority of nail salon owners pay above minimum wage,” Kim said.

The main examples of exploitation in the NYT article were anecdotes regarding “new workers,” who are often paid “nothing,” or only “$10 a day,” during their initial one to three months on the job.

Reason magazine published a comprehensive three-part series that examined several reporting flaws in the NYT exposé. It found that no workers were paid only “$10 a day,” and discovered that the NYT came to that conclusion due to a mistranslation of Chinese nail salon ads and misquotes.

If a nail worker has no experience, his or her first three months at work are de facto internships. People who have no skills or education that are interested in entering the lucrative nail salon industry can get training at a nail salon for free or a small payment, usually $100. Their other option is to pay $900 to learn at a formal nail technician school.

There are ways that workers can circumvent the three-month training period.

Chen said she quit after her first week of training at a salon. She told her next employer that she was a seasoned worker. He hired her. She began making $170–$190 a day immediately.

This was why some nail salons charge a $100 deposit for new workers who are looking to get trained. It’s to make sure trainees stay and work for their salons.

Chen’s $49,000 to $55,000 salary is common in nail salons in affluent neighborhoods, where customers tip more.

The Epoch Times reviewed the accounting book of a nail salon owner in a low-income neighborhood in Brooklyn and found that workers were still paid higher than minimum wage.

The owner, who wished not to be named because he paid his workers in cash, took home 30 percent of what his workers earned.

Earning $24,000 a year in a lower-income neighborhood is still $6,000 more than what workers would make with only minimum wage.

All in all, there are exploitative bosses in the nail industry. The oversight that the New York Times article series brought is a welcome change for some.

Adhikaar, a New York-based nonprofit that advocates for Nepalis, interviewed 200 Nepali nail salon workers and found there were cases of exploitation where workers were paid as low as $30 a day. Some received tips as low as $50 a week.

“We need change. There are problems we need to fix,” said Lin, head of the Chinese-American Nail Salon Association. “But this wage bond is not the right change.”

Labor experts said it’s not that bonds as a whole are inappropriate. It is necessary to bring some regulation to the industry. But the key is that regulations need to be well-researched and structured appropriately for that industry.

“It seemed that a wage bond was an excellent idea but that it would take time and research and intention to design the right product,” Janice Fine, who teaches labor studies at Rutgers University, wrote in an email. “I’m sure the Cuomo labor dept. felt pressure to act right away and may have needed a bit more time to get it right.”