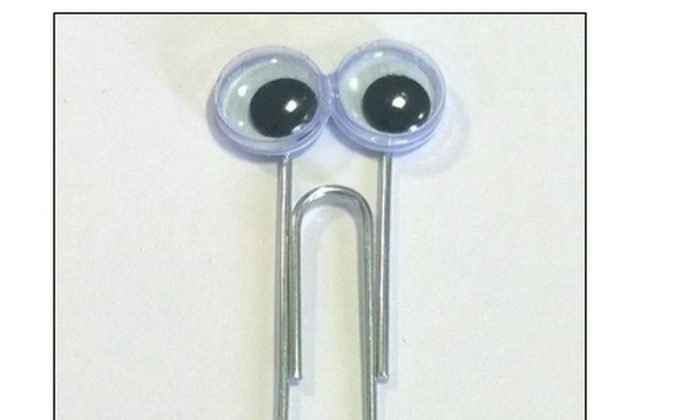 Clippy as Mascot for Clippers? Joke Made Thousands of Times After Reports of Ex-Microsoft CEO Steve Ballmer Buying Team

The Microsoft Windows assistant Clippy, the anthropomorphic paperclip mascot for Word and Office, was used to joke about ex-Microsoft CEO Steve Ballmer making an offer to purchase the Los Angeles Clippers.

Preliminary reports say that he made a $2 billion offer to owner Donald Sterling, who drew ire over racist comments that were made public late last month. Sterling’s wife, Shelly, has assumed control over the team.

But as of Thursday, a large number of users were cracking jokes about the similarity between the the names “Clippers” and “Clippy.”

Another wrote: “With Steve Balmer buying the Clippers we can only hope that Clippy will be the mascot.”

One person said, “Attn twitter users: your Clippers/Clippy jokes are neither funny, nor are they original/creative.”

“‘I see you’re trying to run a basketball franchise, do you need help?’ – Clippy, to Ballmer,” another said.

Said another, “*Puts up umbrella to hide from the deluge of clippy jokes*”

“Ballmer or Baller??? 🙂 Does this mean Clippers get Clippy as their new mascot??” said another.

According to the Los Angeles Times, Ballmer, who is worth $20 billion, won the bidding war for the team on Thursday. Ballmer left the software company several months ago.

In a recent interview, Ballmer said he has no intention of moving the Clippers. He said that it would only make sense for the team to remain in Los Angeles, as it is the second largest media market in the United States.

Ballmer was part of a group that unsuccessfully attempted to buy the Sacramento Kings and relocate the team to Seattle.

The deal for the Clippers still has to receive confirmation from Sterling.