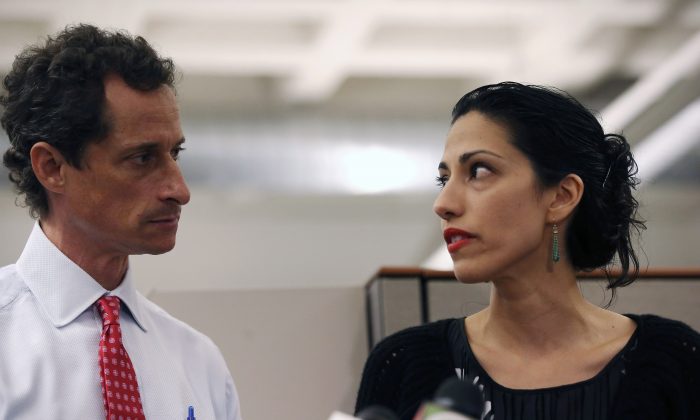 Hillary Clinton’s top aide, Huma Abedin, announced on Monday that she is separating from her husband Anthony Weiner.

Her decision comes after another scandal involving the former congressman in which he allegedly sent sexually suggestive photos to a woman on the internet.

“After long and painful consideration and work on my marriage, I have made the decision to separate from my husband. Anthony and I remain devoted to doing what is best for our son, who is the light of our life. During this difficult time, I ask for respect for our privacy,” Abedin said in a statement obtained first by NBC News.

He resigned from Congress in 2011 and had an unsuccessful campaign run as Mayor of New York City in 2013.

Abedin has worked with Democratic presidential candidate Hillary Clinton for decades. She has been in the spotlight recently after newly released emails showed her fielding requests from a top Clinton Foundation official while Clinton served as secretary of state.