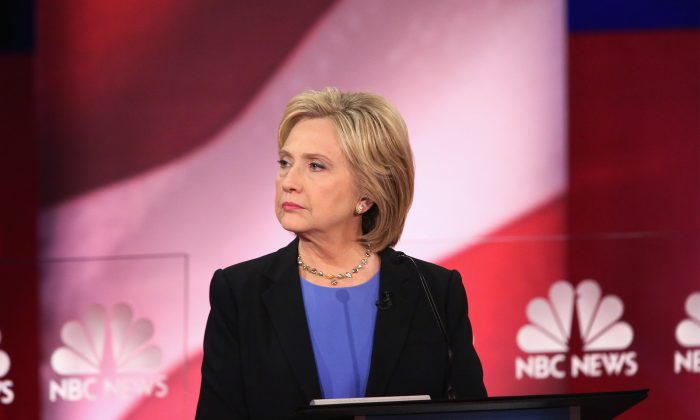 Clinton Gets Backlash for ‘No Individual Too Big to Jail’ Tweet

During the Democratic debate at Charleston, South Carolina on Sunday, Hillary Clinton’s campaign team tweeted a seemingly innocuous statement she had made during the debate.

“There should be no bank too big to fail and no individual too big to jail.” —Hillary #DemDebate

But the tweet drew criticism, as online commenters pointed out the irony they saw in Clinton’s statement. Clinton has been accused of using her powerful influence to flout the law, most notably using a private email server to conduct State Department business, which the FBI is investigating.

@HillaryClinton Does this include yourself? #possibleindictment

@HillaryClinton watch out what you wish for.

@RicVaDude @Alxandro @HillaryClinton I don’t know. It appears as if they are untouchable. American Laws do not apply to the Cilntons.

Clinton has repeatedly denied allegations of wrongdoing, saying that she never exchanged classified or sensitive information on her private email account.