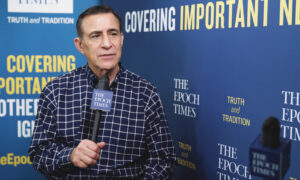 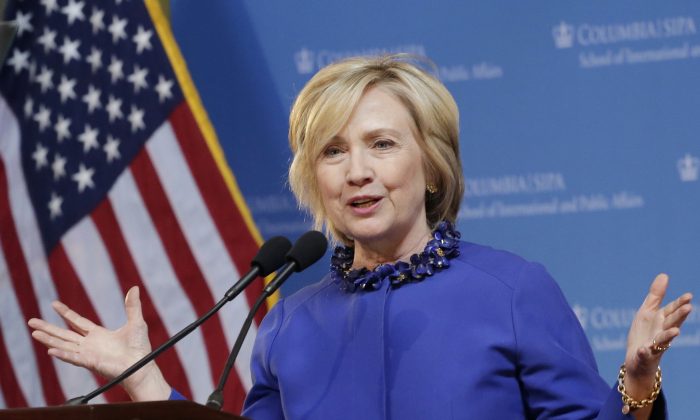 Clinton to Press for Early Voting Expansion in States

HOUSTON—Hillary Rodham Clinton is calling for an expansion of early voting and pushing back against Republican-led efforts to restrict voting access, laying down a marker on voting rights at the start of her presidential campaign.

The Democratic presidential candidate is using a speech Thursday at historically black Texas Southern University to denounce voting restrictions in North Carolina, Texas, Florida and Wisconsin and to encourage states to adopt a new national standard of no fewer than 20 days of early in-person voting, including weekend and evening voting.

Clinton is plunging into a partisan debate in many statehouses, which have pitted Democrats who contend restricting voter registration aims to suppress turnout among minority and low-income voters against Republicans who say the steps are needed to prevent voter fraud.

The issue is closely watched by black voters, who supported President Barack Obama in large numbers and will be an important constituency as Clinton seeks to rebuild Obama’s coalition.

Democrats have signaled plans for a large-scale legal fight against new voter ID laws and efforts to curtail voting access. Party attorneys recently filed legal challenges to voting changes made by GOP lawmakers in the presidential battleground states of Ohio and Wisconsin.

Clinton will also urge Congress to take steps to address a 2013 Supreme Court ruling striking down a portion of the Voting Rights Act.

Clinton said at the time of the decision that the court had “struck at the heart” of the landmark law and warned that it would make it difficult for the poor, elderly, minorities and working people to vote.

She is also expected to urge the full adoption of the recommendations of Obama’s bipartisan commission on voting administration.

Raising the voting issues allow Clinton to draw sharp distinctions with the potential Republican presidential field, which has largely endorsed the changes.

“Time and again, members of the 2016 Republican field have put partisan political interests above the fundamental American right to vote,” said Donna Brazile, a Democratic strategist and longtime Clinton adviser.

Republicans have defended the changes, saying they ensure the integrity of the voting process. Under Walker, Wisconsin’s changes included requiring a proof of residency except for overseas and military voters, reducing the early voting period and increasing residency requirements.

“Any measure that protects our democracy by making it easier to vote and harder to cheat is a step in the right direction. This is a bipartisan issue and Hillary Clinton and the Democrats are on the wrong side,” said Kirsten Kukowski, a spokeswoman for Walker’s political action committee.

About 20 million people voted early in the 2014 elections. However, about one-third of states do not have any early voting. Republicans note that Clinton’s home state of New York is one of the states that lack early voting.

Thursday’s event will be hosted by Rep. Sheila Jackson Lee, D-Texas, and Clinton will be honored with an award named after Barbara Jordan, the late Texas congresswoman and civil rights leader.

The former secretary of state has been actively raising money for her campaign and the speech is part of a two-day trip to Albuquerque, New Mexico, and Texas, where she is holding private fundraisers in Dallas, San Antonio, Austin and Houston.