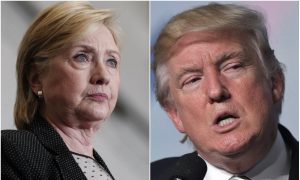 What Happens If a Candidate Withdraws From the Presidential Race?
0 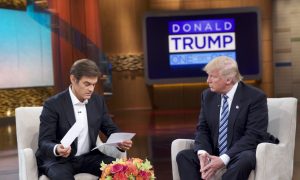 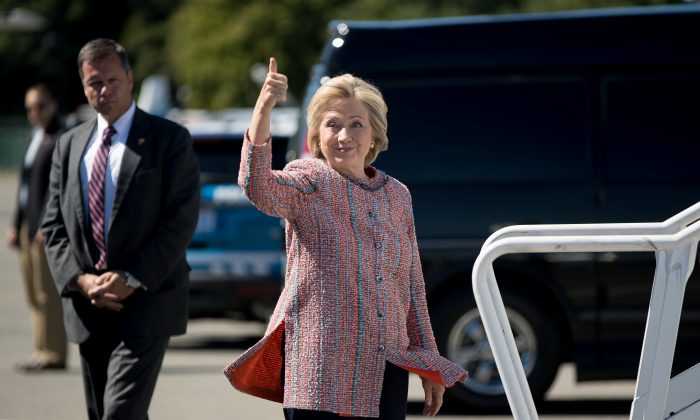 Democratic presidential candidate Hillary Clinton went back on the campaign trail after staying at home for several days following a health scare at the Sept. 11 memorial in New York City.

Clinton traveled to North Carolina on Thursday for her first campaign event after she nearly collapsed at the memorial service on Sunday. Her campaign had initially said that her episode was due to becoming overheated and dehydrated, but later announced that the candidate had been diagnosed with pneumonia days earlier.

“Welcome back to ‘Stronger Together,'” Clinton told reporters aboard her campaign airplane before she set off to North Carolina.

But before Clinton went on the plane, she faced some tough questions during an interview with “The Tom Joyner Radio Show.”

She was asked to comment on former Secretary of State Colin Powell’s hacked emails that showed him saying: “Everything HRC touches, she kind of screws up with hubris.”

“I have a great deal of respect for Colin Powell and I have a lot of sympathy for anyone whose emails become public,” said Clinton. “I’m not going to start discussing someone’s private emails. I’ve already spent a lot of time talking about mine, as you know.”

She then tried to shift attention, by talking about the alleged Russian interference in this year’s elections and criticized Trump’s “alarming closeness with the Kremlin over the course of this campaign.”

Clinton said in the interview that she has been the most transparent presidential candidate.

“I think I’ve worked very, very hard to be more transparent than not just my opponent, but in a comparison to anybody who’s run,” Clinton said, “The medical information I put out, and we’re going to put out more, meets and exceeds the standard that other presidential candidates, including President Obama and Mitt Romney, have met.”

She then turned to Trump saying he failed at transparency. Clinton has strongly criticized the Republican nominee for not disclosing his taxes.

Meanwhile, Trump delivered an economic speech in New York and is scheduled to go to New Hampshire afterwards.