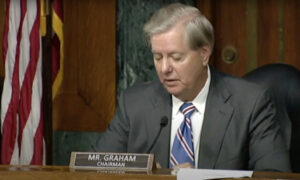 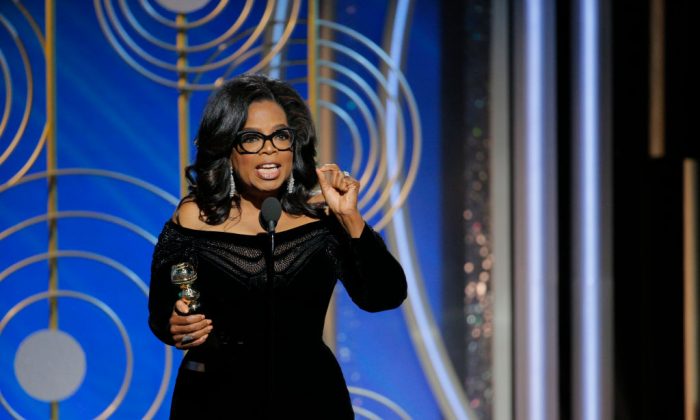 In this handout photo provided by NBCUniversal, Oprah Winfrey accepts the 2018 Cecil B. DeMille Award at the 75th Annual Golden Globe Awards at The Beverly Hilton Hotel on Jan. 7, 2018, in Beverly Hills, Calif. (Paul Drinkwater/NBCUniversal via Getty Images)
US

One of Bill Clinton’s most insistent rape accusers has slammed Oprah Winfrey’s viral speech that the business mogul gave during the Golden Globe Awards over the weekend.

Winfrey’s speech focused on the recent vocal reaction to decades of sexual harassment by men in powerful positions across society, with Winfrey emphasizing the importance of women “speaking their truth” and sharing stories of being abused and assaulted in the workplace and elsewhere.

However, many people have pointed out Winfrey’s long friendship with producer Harvey Weinstein, who has been accused by multiple women of sexual harassment. And now Juanita Broaddrick, who said former President Bill Clinton raped her in 1978, has come forward to voice her concern over Winfrey’s speech.

Hey @Oprah #Goldenglobes. Funny I've never heard you mention my name. CAN YOU HEAR ME NOW?Guess not. My rapist was/is your friend, Bill Clinton https://t.co/zBSPnrqRzk

“Hey @Oprah #GoldenGlobes. Funny I’ve never heard you mention my name. CAN YOU HEAR ME NOW?Guess not. My rapist was/is your friend, Bill Clinton,” wrote the 78-year-old on Twitter.

Broaddick also linked to a 2004 interview that Winfrey conducted with Clinton. During that interview, Oprah did question Clinton about the sex scandal involving former White House intern Monica Lewinsky—but only asked, “What was the most difficult part of that time for you?”

Remember this @Oprah You've had so many opportunities to bring up my allegations, which have never been discredited. Why?? https://t.co/C7Iaqn0kOp

“Remember this @Oprah,” Broaddrick tweeted. “You’ve had so many opportunities to bring up my allegations, which have never been discredited. Why??”

Clinton has denied Broaddrick’s rape accusations through his team.

“Any allegation that the president assaulted Ms. Broaddrick more than 20 years ago is absolutely false,” Clinton’s personal attorney David E. Kendall said in 1999. “Beyond that, we are not going to comment.”

In her speech, Winfrey encouraged all women that have been assaulted or abused to speak up.

“For too long, women have not been heard or believed if they dare speak the truth to the power of those men,” said Winfrey. “But their time is up. Their time is up.”