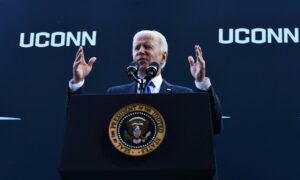 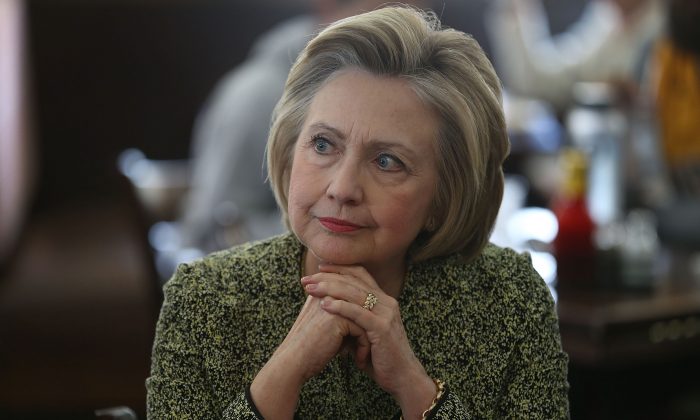 Democratic presidential candidate Hillary Clinton makes a stop at the Lincoln Square pancake house as she campaigns for votes on May 1, 2016 in Indianapolis, Indiana. (Joe Raedle/Getty Images)
Politics

Clinton May Have to Give Deposition in Email Case, Judge Rules

A federal judge ruled today that Hillary Clinton might have to give a deposition in a lawsuit involving her use of a private email server as Secretary of State.

In a lawsuit between Judicial Watch and the State Department, the judge ruled that it “may be necessary” for the plaintiff to obtain an out-of-court testimony from Clinton as part of the discovery process, ABC News reports.

The case involves determining whether the State Department had provided all the relevant employment information for Huma Abedin, Clinton’s staffer, per the Freedom of Information Act (FOIA) request.

Judicial Watch is investigating whether Abedin’s employment with the State Department and outside groups connected to Clinton broke any rules. The question of whether Clinton’s use of a private email server, the content of which she has deleted, had hidden any information within the scope of the FOIA request.

“Based on information learned during discovery, the deposition of Mrs. Clinton may be necessary,” Judge Sullivan wrote. “If Plaintiff believes Mrs. Clinton’s testimony is required, it will request permission from the Court at the appropriate time.”

A lawyer from Judicial Watch may be able to cross-examine Clinton, which could be recorded.

Seven of Clinton’s staff members could also be questioned.