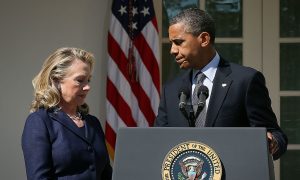 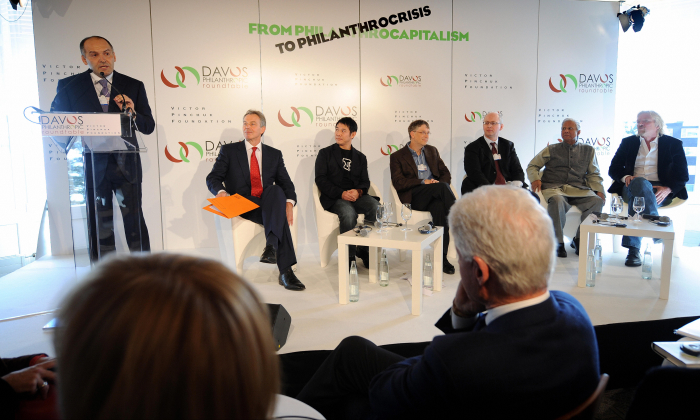 On April 15, former Obama White House counsel Greg Craig revealed the identity of the previously unknown man who funded the Ukraine report which is now at the center of federal charges against Craig.

In a video statement, Craig said that Victor Pinchuk “helped fund” the 2012 report. Pinchuk is a Ukrainian businessman and a major donor to the Clinton Foundation.

“It was Doug Schoen who brought this project to me, and he told me he was acting on behalf of Mr. Victor Pinchuk, who is a pro-Western Ukranian businessman, who helped fund the project,” Craig said.

In an indictment filed earlier in April, federal prosecutors alleged that Craig lied about aspects of his work on the Ukraine report, including the nature and extent of his communications with the media, in order to avoid registering as a foreign lobbyist as required under the Foreign Agents Registration Act.

Craig adamantly denied the allegations, explaining that he worked with other attorneys to determine whether he was required to register and concluded that he was not.

Hillary Clinton was the Secretary of State when Craig began work on the Ukraine report in 2012. Craig has had a long-running close and personal relationship with Bill and Hillary Clinton and held a senior position in the Clinton White House before becoming Obama’s counsel.

The link between Pinchuk, Craig, and Clinton may mean that the Justice Department already has examined or may eventually scrutinize communications between Craig and the Clintons. While Craig said he didn’t lobby U.S. officials on behalf of Ukraine, he didn’t state whether or not he had lobbied on behalf of Pinchuk, a private businessman who didn’t hold a post in the Ukrainian government at the time he funded the report. Craig also didn’t mention whether he lobbied a spouse of a U.S. official, namely Bill Clinton.

Schoen, the man who brought the project to Craig, was registered as a lobbyist for Pinchuk throughout Clinton’s tenure at the head of the State Department. It was after being introduced to the Clintons by Schoen in 2006 that Pinchuk began donating to the Clinton Foundation. Schoen told The Wall Street Journal that the donations were not part of his lobbying efforts.

Schoen arranged about a dozen meetings between Pinchuk and State Department officials between September 2011 and November 2012, according to The New York Times. The meetings occurred as Pinchuk was donating to the Clinton Foundation and funding Craig’s Ukraine report.