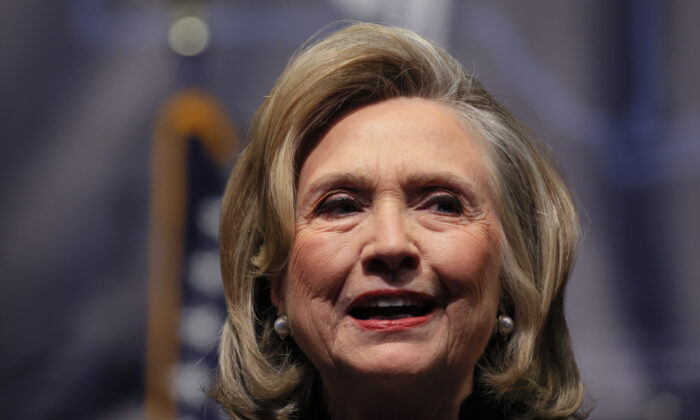 A federal judge appointed by former President Bill Clinton has rejected a demand that he recuse from a new lawsuit against Hillary Clinton, the former president’s wife.

U.S. District Judge Donald Middlebrooks agreed to equate the Clintons’ interests but said previous rulings show that mere appointment to the bench by a litigant will not create a perception of bias.

“Given this precedent, I am not disqualified from presiding, nor should I recuse on the basis of any appearance of partiality,” the judge said in a 5-page order. “To warrant recusal, something more must be involved than solely my appointment to the bench twenty-five years ago by the spouse of a litigant now before me.”

Federal law states that “Any justice, judge, or magistrate judge of the United States shall disqualify himself in any proceeding in which his impartiality might reasonably be questioned.”

In the motion for disqualification, lawyers for former President Donald Trump, who sued Hillary Clinton and others for their involvement in creating the Trump-Russia dossier, cited a previous ruling in making their case.

The federal appeals court that oversees Washington has found that “for determining whether a judge’s impartiality might reasonably be questioned is an objective one and requires asking whether a disinterested observer fully informed of the facts would entertain a significant doubt as to the judge’s impartiality,” they noted, writing that “There is no question that Judge’s Middlebrooks’ impartiality would be questioned by a disinterested observer, fully informed of the facts, due to judge’s relationship with the defendant, either, individually, or by the very nature of his appointment to the federal bench, by the defendant’s husband.”

But that ruling and another cited “do not supply any conceivable, additional grounds” for recusal, Middlebrooks said.

The judge said he’s never met or spoken with either Bill or Hillary Clinton and apart from being appointed by the former, he has not had a relationship with either.

“Recusal cannot be based on unsupported, irrational or highly tenuous speculation,” he said, quoting from an appeals court ruling.

“Moreover, I have considered whether the nature of this lawsuit—acutely politically charged as it is—might provide some additional cause to question my qualification to preside, but I see no impediment there either,” he added. “Every federal judge is appointed by a president who is affiliated with a major political party, and therefore every federal judge could theoretically be viewed as beholden, to some extent or another. As judges, we must all transcend politics.”

Even as Middlebrooks resisted the push to recuse, a different judge assigned to the case declined to be involved.

McCabe did not explain his decision beyond citing the relevant law, nor did the previous judge who recused, Magistrate Judge Shaniek Maynard.