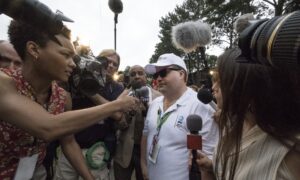 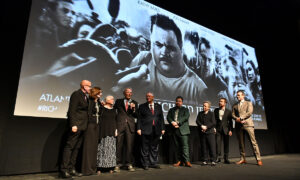 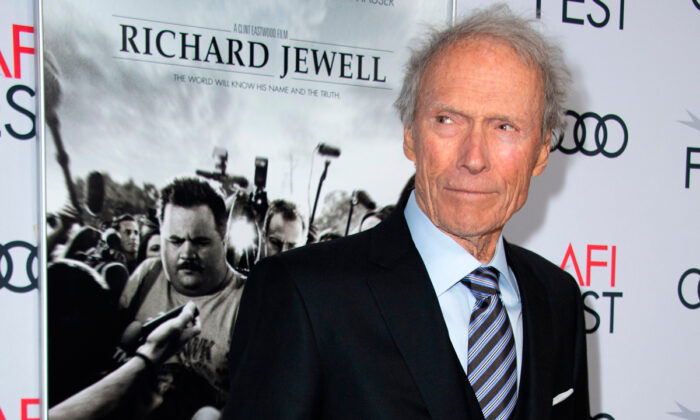 Clint Eastwood’s latest movie, “Richard Jewell,” is an engaging story because it illustrates the perilous intersection between the puzzling proclivities of human nature and the momentous consequences of human choice. Not everyone, though, sees the film this way.

One movie critic for New York Magazine wrote off the film as nothing more than “rage and spin” in service to Eastwood’s conservative politics. Another, for The Philadelphia Inquirer, went so far as to categorize the film as “like a comic book written by Rush Limbaugh.” Still another called it merely “a drama that piggybacks on Trump’s demagoguery.”

Interestingly enough, production on the movie began in 2014, before Donald Trump was even on the political scene, and among its producers is noted Trump-critic Leonardo DiCaprio. Nevertheless, those determined to be ill-disposed toward the film will miss the important lessons it holds in regard to human nature.

One of the original architects of American progressivism, Herbert Croly, claimed once that progressive political reforms would not take hold “until confidence in human nature is substituted for suspicion as its underlying impulse.” The American founders, he believed, thought human beings thoroughly corrupt and wrote the Constitution around their understanding of “contemporary human nature.”

In fact, the American founders generally held human nature to be characterized by both noble and base characteristics. James Madison remarked, “As there is a degree of depravity in mankind, which requires a certain degree of circumspection and distrust: so there are other qualities in human nature, which justify a certain portion of esteem and confidence. Republican government presupposes the existence of these qualities in a higher degree than any other form.”

Croly was confident, though, that human nature could be modified according to a “social ideal” and be made to serve the interests of “progressive democracy.” Government bureaucrats, progressives think, can be educated in value-neutral social sciences and thus have their very nature altered to enable them to serve the public good without bias or interest.

What sets the founders apart from progressives like Croly is the founders’ belief that human nature—like the “laws of nature and of nature’s God”—is fixed and unchanging. For this reason, the founders thought that human government would always require constitutional checks and balances from within as well as the exercise of certain virtues from without that free citizens are capable of developing.

These are abstract ideas, though, and relatively few people have sufficient interest to study them as such. Eastwood’s “Richard Jewell,” therefore, is helpful because it dramatizes these otherwise abstract concepts and puts flesh on them so that they are easy to comprehend.

“Richard Jewell” is edifying because it vindicates our judgment that good choices are praiseworthy and poor ones worthy of reproof. Further, citizens in a republic always need to be reminded that public servants and members of the press—no matter how educated and no matter how many years of experience they have—are still human beings susceptible to the same weaknesses as everyone else.

In key moments of the film, characters experience emotions that are common to us all, and then those characters make choices, for good or ill, that we can all understand. When you watch the film, you cannot help but make judgments about the moral content of those choices, and when you see the consequences of them play out in the story, you feel vindicated in your judgment and perhaps feel more fortified to make better choices yourself.

First, Richard Jewell, a simple man by every measure, felt a sense of pride in his work for being made partly responsible for the safety of thousands of people at Centennial Olympic Park. That feeling helped dispose him to make the good choice to go through the tedious protocol to check out the suspicious package that ended up containing three pipe bombs. That choice saved hundreds of lives.

Second, the FBI agent who opened the investigation on Jewell felt embarrassment that Jewell—a lowly security guard—found the bomb instead of him. The agent then felt fear when his boss pressured him to find the bomber quickly. Decisively for the plot, he then felt flattered by the attractive journalist who cajoled him into divulging the person the FBI was investigating, and he was thus vulnerable to her seductive advances.

These emotions—which are common to man and even natural given the circumstances—put the agent in a certain disposition that made him easily make the poor choice of giving into the journalist’s pressure to leak Jewell’s name. The next day, the front page of the Atlanta Journal-Constitution paper let the whole country know that Jewell, the hitherto hero of the story, was now the primary suspect.

Third, the journalist is portrayed as a determined, devil-may-care woman who will do anything to get a lead on a juicy story. She felt inflated by pride from some recent success and was eager to build upon that momentum. When she saw an opportunity to get information out of the lonely FBI agent, drinking by himself at a bar, she felt blinding ambition.

These very human emotions mixed with what we’re meant to believe were already the journalist’s settled character traits. It is, then, no surprise when she makes the fateful choice to run with the story, knowing that the only reason Jewell was a suspect was because he fit some arbitrary racial and demographic profile.

The bulk of the film is the outrageous fallout of these choices by the FBI agent and the journalist. Their choices then misled the public, who themselves felt a natural desire for justice and an impatient urge to see someone arrested. From that point on, no matter what the FBI proved or failed to prove, Jewell was guilty in the court of public opinion.

Like it or not, the proclivities portrayed in Eastwood’s film are permanent features of human nature. To expect that nature to change as progressives hope is both vain and dangerous; better to hold fast to the virtues and restraints the founders believed good government always requires.

In that same interview, Richard Jewell despaired that people would always associate him with the bomber. “People will never forget my name,” he lamented. Thanks to Clint Eastwood, they won’t, but now everyone knows that name is innocent.

Clifford Humphrey is originally from Warm Springs, Ga. Currently, he is a doctoral candidate in politics at Hillsdale College in Michigan. Follow him on Twitter @cphumphrey.