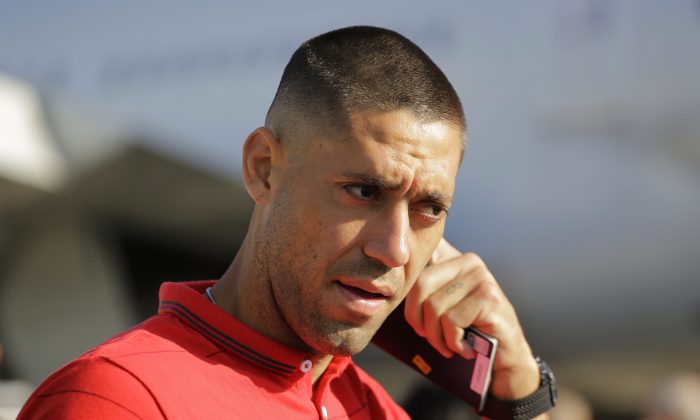 Clint Dempsey scored in the opening minutes in the USA vs Ghana game on Monday night.

Dempsey, 31, plays for the Seattle Sounders in the MLS.

He ran onto a pass from Jermaine Jones, pulled a stepover, and cut inside past defender John Boye. He then hit the ball with his left foot past goalkeeper Adam Kwarasey.

NATAL, Brazil—DaMarcus Beasley is set to become the first American to play in four World Cups.

U.S. coach Jurgen Klinsmann’s lineup against Ghana on Monday night had Beasley starting at left back, a position the 32-year-old has filled for the national team during the last year.

Beasley was a midfielder on the American teams in 2002, 2006 and 2010. While midfielder Claudio Reyna and goalkeeper Kasey Keller were on the U.S. roster for four World Cups, Reyna appeared in only three and Keller two.

Asamoah Gyan was set to lead Ghana as it tries to beat the U.S. for the third consecutive World Cup. Gyan scored the winning goal that sent the Americans home from South Africa in 2010.

According to a lineup released by the Ghana Football Association, there were four changes from the starting 11 that beat South Korea 4-0 in an warm-up game last week in Florida. Adam Kwarasey replaced Fatawu Dauda in goal, and Daniel Opare, Christian Atsu and Jordan Ayew were in for Boateng, injured forward Majeed Waris and defender Harrison Afful.