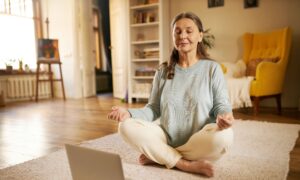 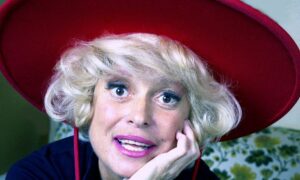 Remembering an Icon Through Her Music: Carol Channing
0
News

Lofty rhetoric was delivered and entrenched positions reiterated as negotiators from around the world met last week in Bonn, Germany to begin work on a framework for a global climate deal.

The Ad-Hoc Working Group on the Durban Platform for Enhanced Action or ADP (the UN sure loves a good acronym) meeting ended with simultaneous scorn and success on Friday. Familiar fault lines of the development divide were on display. IISD’s great summary of the talks is available here.

Establishment of a formal contact group to draft the agreement was the biggest breakthrough this week. For two years, the ADP has been negotiating through “open-ended” talks. Now it at least has a body with which to begin.

Negotiators also agreed to hold another such ADP meeting in October, following fears that its June meeting won’t be sufficient to prepare for the COP20 talks (the big ones) in Lima, Peru in December. Nobody wants a repeat of Warsaw or Copenhagen, which both fell far short of expectations.

Emerging in this week’s latest episode of the ongoing saga was disagreements over what constitutes a country’s contribution. Developing countries want more than mitigation (i.e. emissions reductions) to be part of each nation’s commitment. They want countries to include pledges to help them meet their targets and adapt to a warming world – through financing, technology transfer and capacity building. All of this is mandated to be part of any agreement, but to formally include these elements would make those commitments subject to evaluation as part of the treaty.

Past experience with the Green Climate Fund makes these nations suspicious. Cancun’s COP16 in 2010 heralded the creation of the climate finance fund, scheduled to raise $100 billion a year by 2020. So far, it’s barely raised a dime, just enough to cover start-up costs. Skepticism that any financing to deal with climate change is coming without firm commitments is not unfounded.

Richer nations don’t want to be held accountable for any promises of assistance. Everybody else doesn’t want to commit to a low-carbon future without help from those who created the problem. Emerging economies say it’s unfair to expect them to grow without fossil fuels. Meanwhile, countries already dealing with climate change demand aid in adapting.

This same old song will surely be heard all year. Workings of a global deal to be signed in Paris in 2015 need to come together soon, to give countries time to prepare their projected contributions. 2014 is crucial. Last week’s was the first of five meetings this year (three of the ADP, one of the COP, and a special Climate Summit hosted by U.N. Secretary General Ban Ki-moon in September).

Meaningful action may be missed if the year passes without progress. As we’ve seen in the past, when the parties aren’t prepared it leads to last-minute scrambles to avoid embarrassment. These half-hearted measures are full of vague platitudes and ambiguous language – unacceptable, considering the urgency.