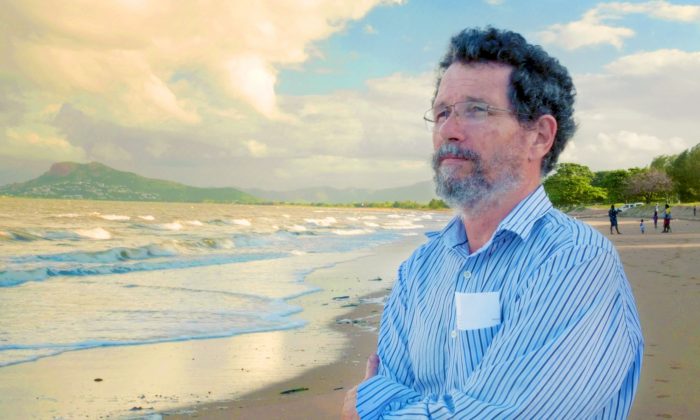 A court has awarded Australian academic Dr. Peter Ridd over A$1.2 million ($800,000) in damages after finding the physics professor was unlawfully fired after taking a skeptical stance on some of the impacts of climate change.

Ridd was reported by WAToday as having sparked the ire of the university for challenging his colleagues’ research on how the Great Barrier Reef has been impacted by global warming. Exemplifying his perspective are arguments he made in the publication “Climate Change: The Facts 2017” (pdf) in which he wrote that coral is the “least endangered of any ecosystem to future climate change.”

“There is perhaps no ecosystem on Earth better able to cope with rising temperatures than the Great Barrier Reef,” Ridd wrote in the publication. “Irrespective of one’s views about the role of carbon dioxide (CO2) in warming the climate, it is remarkable that the Great Barrier Reef has become the ecosystem, more than almost all others, that is used to illustrate and claim environmental disaster from the modest warming we have seen over the course of the last century.”

“I have highlighted just a few examples of questionable science—the list is long,” Ridd continues, adding that in his view, current scientific practices and institutions are unreliable and in need of reform.

“The fundamental problem is that we can no longer rely on ‘the science,’ or for that matter our major scientific institutions. There are major quality assurance shortcomings in the way we conduct what I will call ‘policy science’—that is science used to inform public policy.”

In particular, Ridd argues for the need for rigorous quality assurance with respect to scientific studies that inform policy.

“Policy science concerning the Great Barrier Reef is almost never checked,” he wrote. “Over the next few years, Australian governments will spend more than a billion dollars on the Great Barrier Reef; the costs to industry could far exceed this. Yet the keystone research papers have not been subject to proper scrutiny. Instead, there is a total reliance on the demonstrably inadequate peer-review process.”

He concludes: “There are serious problems with quality assurance in many areas of science, and possibly more so for Great Barrier Reef policy science. Not only are there the normal science distorting factors, such as only being able to get funding when there is a problem to be solved, there is also the problem that many marine scientists are emotionally attached to their subject. The world needs people who care for the environment; many of these scientists have signed up for a career of relative poverty to pursue marine biology. However, given these emotional pressures, together with the lack of a formal quality assurance mechanism, and documented examples of misinterpretation of calcification rates, we can be skeptical of claims that the Great Barrier Reef is in peril.”

Ridd is also on record for taking a skeptical stance on the mainstream climate science consensus more broadly, after former President Barack Obama said in 2008, “few challenges facing America and the world are more urgent than combating climate change. The science is beyond dispute and the facts are clear.” The professor was a signatory to a full-page ad funded by the Cato Institute that disputed Obama’s characterization, noting that “the case for alarm regarding climate change is grossly overstated.”

“Surface temperature changes over the past century have been episodic and modest and there has been no net global warming for over a decade now,” the ad reads. “After controlling for population growth and property values, there has been no increase in damages from severe weather-related events. The computer models forecasting rapid temperature change abjectly fail to explain recent climate behavior. Mr. President, your characterization of the scientific facts regarding climate change and the degree of certainty informing the scientific debate is simply incorrect.”

Other notable opinions expressed by Ridd include saying in an interview on The Bolt Report that the climate change debate is unfairly skewed to favor one side, comparing it to a “court case in China,” and saying that those representing the modern green movement “nowadays are less of an environmental movement and more of an extreme left-wing conglomeration devoted primarily to social justice issues.”

In its decision, the Federal Circuit Court listed a total of 18 “contraventions” of legal acts that the university had in April been found guilty of, including imposing a gag order on Ridd “to keep the disciplinary process confidential;” trying to prevent him from making jokes about his ordeal by directing him to refrain from “make[ing] any comment or engag[ing] in any conduct that directly or indirectly trivialises, satires or parodies the University taking disciplinary action against [him];” and, finally, firing him.

Judge Salvatore Vasta wrote in the judgment that Ridd would now be seen as “damaged goods” and the university had “poisoned the well” of the professor’s future employability.

“The fact that JCU has not removed either of their press statements (despite my judgement) is almost tantamount to an attempt to ensure that Professor Ridd does not obtain employment in this field,” Judge Vasta noted.

The judge further suggested the university’s conduct bordered on “paranoia and hysteria fuelled by systemic vindictiveness” and Ridd must have felt he was being persecuted. He found the academic’s intellectual freedom had been undermined by the “myopic and unjustified actions of his lifelong employer.”

Reacting to the court’s determination, Ridd said, “this case was always about academic freedom. It was a fight that should never have started in the first place.” He pointed to his decades-long history of empirical inquiry into the Great Barrier Reef, saying that it is his “genuinely held belief is that there are systemic quality assurance problems at GBR science institutions. I had a right, a duty, to say this. JCU have still not accepted this fundamental right despite the importance of the debate to the North Queensland region.”

The university has three weeks to appeal the ruling. If they do, Ridd said he will continue to press his case.

“My lawyers say it is a landmark case so it is imperative that we continue the fight if necessary,” he said.

WAToday reported that on Friday, the university declared its intent to appeal.

“The university has previously made clear its intention to appeal His Honour’s decision in this matter. As a litigant it is entitled to do so. The university’s position will be addressed in its appeal,” a spokesman said, according to the report.