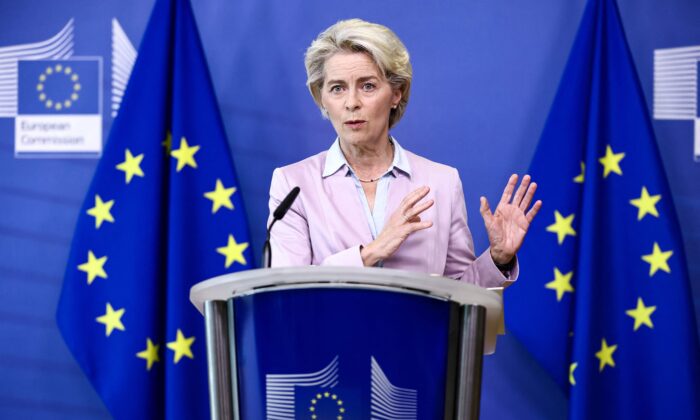 Climate policy—not climate change—has impacted thousands of businesses around the world, adversely affecting the livelihood of millions, which, according to multiple analysts, could result in an economic collapse that would dwarf the financial crisis of 2008–09.

The energy crisis is a starting point of a global economic meltdown that has already begun in Europe, and is soon expected to crossover into the United States, according to a Wall Street Journal editorial. Large-scale business failures in the United Kingdom and Germany are imminent, based on survey data. Governments scrambling to distribute subsidies will require substantial borrowing that will impact financial stability, while, at the same time, interest rates and fuel costs keep rising.

In the United Kingdom, more than 75,000 high-energy-consuming businesses are at risk of insolvency or likely to lay off staff if the government does not intervene with adequate support, according to Red Flag Alert, a financial intelligence firm.

“Businesses can’t absorb these costs, and they’re going to be forced very quickly into a decision about headcount or being able to pay energy bills,” said Nicola Headlam, chief economist of Red Flag, to the BBC. “That’s going to be the reality, and it’s coming down the track very quickly.”

Energy prices are doubling, and may even reach several hundred percent, dealing a fatal blow to companies. The UK’s new government of Prime Minister Liz Truss has promised support for households where energy bills exceed an 80 percent spike, but details regarding support for businesses are not yet known.

In Germany, matters are probably worse, as reports indicate that 10 percent to over 30 percent-plus (depending on the survey) of small- and medium-sized-business owners fare acing “existential” threats over the next six months owing to onerous energy bills.

Politicians, however, are eager to point their fingers eastward, and blame rising prices on Russia’s invasion of Ukraine and subsequent measures undertaken by President Vladimir Putin rather than taking into account the impacts climate-change policies have made on the region’s economy. “We must cut Russia’s revenues which Putin uses to finance this atrocious war,” said Ursula von der Leyen, president of the European Commission.

In accordance with the European Green Deal and the Paris Agreement, the European Union has adopted the policy of turning into a “climate-neutral” society by 2050. This meant a sharp turn from using fossil fuels to embracing renewable sources.

Germany placed a great deal of emphasis on renewable energy sources like solar and wind—which are, however, seasonal, highly volatile, and intermittent when compared to stable sources like crude oil, natural gas, and nuclear reactors. This makes the country highly dependent on foreign sources like Russia to supply gas that meets everyday requirements. And when Russia closes the taps in retaliation for supply caps placed as part of European sanctions, energy costs soar.

Ideology-based interventionist energy policies have failed miserably, and are pushing the continent into recession. In some parts of Europe, people are lining up to buy coal for winter, said Jerry Simmons, president of the Domestic Energy Producers Alliance, in a recent NTD interview. The United States is also guilty of importing such policies, he noted.

“This new, negotiated deal in the Biden administration that just dumped so much of our taxpayer money into unreliable renewable sources is just … it’s shocking to me,” Simmons stated.

He pointed to the state of California, which is planning to ban the sale of internal combustion engine vehicles by 2035 and wants everything to be electric powered. However, the state presently does not even have enough electricity to avoid blackouts.

Despite being the de facto spokesperson for the largest electric vehicle company in the world, Tesla CEO Elon Musk cautioned against rushing toward renewable power.

“Realistically, I think we need to use oil and gas in the short term, because otherwise civilization will crumble,” Musk told reporters at an energy summit in Norway. Transitioning to sustainable energy and to a sustainable economy is something that “will take some decades to complete.”