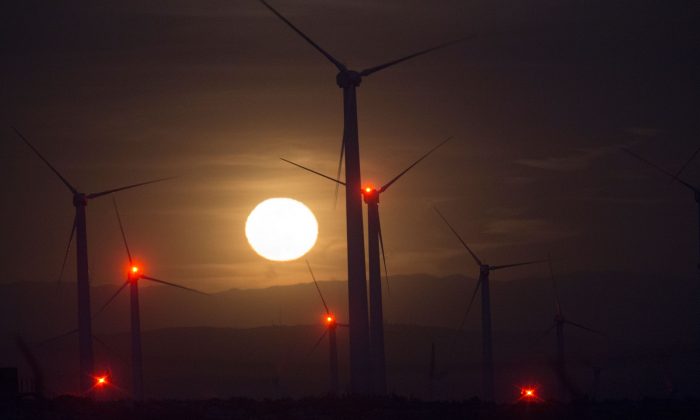 Time to relearn the lessons of "Nineteen Eighty-Four"

In Oceania, the dystopian society of George Orwell’s novel “Nineteen Eighty-Four,” a new language was created by the government to control the thinking patterns of the populace. Officially labeled “Newspeak,” it was the first language that, when fully adopted, was meant to limit the range of human thought. Concepts such as freedom, skepticism, and debate were virtually unthinkable since no words existed to describe them, aside from the generic term “thoughtcrime.”

Perhaps most insidious was “duckspeak,” a form of speech consisting entirely of words and phrases approved by the party. Someone who had mastered duckspeak could fire off ideologically pure assertions like bullets from a machine gun without thinking at all. Their words merely emanated from the larynx like the quacking of a duck.

Being called a duckspeaker was considered a sincere compliment since it indicated that you were well-versed in the official language and views of the state.

More than ever before, we are in an era of climate change duckspeak. Rather than being merely ridiculous or social satire, the apparent underlying purpose of climate duckspeak is ominous: to convince opinion leaders and the public to think about climate change only as the government wants. To support alternative points of view is “climate change denial,” today’s version of thoughtcrime, punishable by excommunication from responsible citizenry and, at times, loss of employment. If AGs United for Clean Power, a coalition of sixteen Democratic state Attorneys General (AG), has their way, speaking out on the other side of the climate debate could soon result in civil or criminal charges.

President Barack Obama sets the stage for climate change duckspeakers, reassuring us that “the debate is settled. Climate change is a fact.”

But, as Carleton University Earth Sciences Professor Tim Patterson points out, “Climate is and always has been variable. The only constant about climate is change; it changes continually.” So Obama’s claim, and that of others who say the same, is correct but trivial, like “sunrise is real.”

But it is much more than that. Intentionally or otherwise, the president is using a strategy right out of “Nineteen Eighty-Four.” His statements imply that experts have concluded that unusual climatic events are happening and that government must save us.

Obama strengthens this perception with dramatic assertions such as that in the Cutting Carbon Pollution in America section of the White House website: “I refuse to condemn your generation and future generations to a planet that’s beyond fixing.”

Referring to greenhouse gases (GHG) as “carbon pollution,” as the White House does thirteen times on their climate change web page, is pure duckspeak. This conjures up subconscious images of dark and dangerous emissions of soot, which really is carbon.

What Obama and others are actually referring to is carbon dioxide (CO2). But were they to call it that, most people would be unconcerned, remembering from grade school that it is a trace gas essential for plant photosynthesis. So climate campaigners mislabel it “carbon” to frighten the public and to discourage further thinking, closely following “Big Brother’s” strategy in Orwell’s classic.

Similarly, referring to low CO2 emitting energy sources as clean or green is a mistake since the gas is in no way unclean. But the label promotes an image of environmental wholesomeness, hiding the true ineffective and damaging nature of many alternative energy sources.

Finally, the “97 percent of experts agree” phrase is, using Oceania’s vernacular, “doubleplusgood” duckspeak, designed to suppress debate and boost the party line. After all, who would dare contest experts about such a complicated issue?

But “appeal to authority” and “appeal to consensus” are logical fallacies that prove nothing about nature. Regardless, none of the surveys that are used to back up the consensus argument are convincing. They either asked the wrong questions, asked the wrong people, or polled mostly those who would obviously agree with the government’s position.

Independent reports such as those of the Nongovernmental International Panel on Climate Change show that the science is highly immature with wide-ranging opinions about future climate change.

Although first published 67 years ago, “Nineteen Eighty-Four” is now more relevant than ever. University of Florida linguist M.J. Hardman summed up the important role language plays in societal control when she wrote in her paper Language and War (2002): “Language is inseparable from humanity and follows us in all our works. Language is the instrument with which we form thought and feeling, mood, aspiration, will, and act[ion], the instrument by whose means we influence and are influenced.”

It is not surprising, then, that language tricks like Orwell’s duckspeak are being used to justify the unjustifiable in the war of words over global warming.