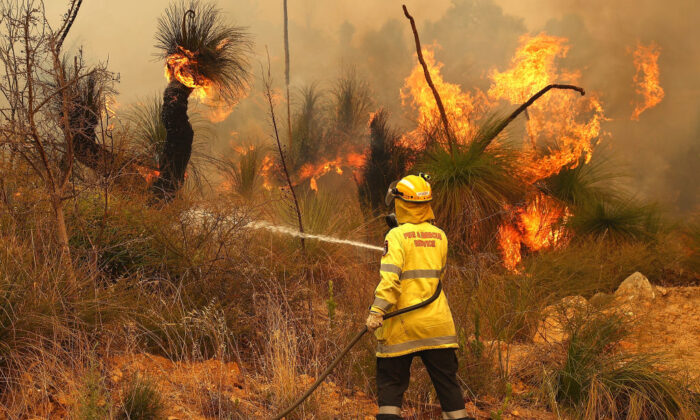 Climate Crisis Is ‘Not Evident Yet,’ Italian Study Says

There’s a lack of scientific data to support the view that the world is currently experiencing a climate crisis, according to a study published by four Italian scientists.

“In conclusion on the basis of observational data, the climate crisis that, according to many sources, we are experiencing today, is not evident yet,” said the authors—physicist Gianluca Alimonti, professor of agrometeorology Luigi Mariani, atmospheric physicist Franco Prodi, and physicist Renato Angelo Ricci.

“It would be nevertheless extremely important to define mitigation and adaption strategies that take into account current trends.”

The study comes as many developed economies around the world, such as the European Union, the United States, and Australia, are seeking to enact laws in an attempt to avoid a climate crisis, forcing their citizens to reduce their greenhouse gas emissions over the coming decades, no matter the economic and social cost.

The paper, “A critical assessment of extreme events trends in times of global warming,” was published on Jan. 13.

According to the data review, the only measure to robustly reflect global changes over time were yearly measures of heat waves, namely the number of days, maximum duration, and cumulated heat. However, robust trends in support of the arrival of climate extremes weren’t evident for heat wave intensity, or any other indicators such as rainfall intensities, extreme rainfall frequencies, droughts, floods, or tropical cyclones.

In terms of ecosystem productivity, the scientists noted that satellite data shows “greening” trends over much of the planet that are pushing back deserts around the world.

The study challenges the statement by the United Nations’ 2003 Intergovernmental panel on climate change that “the effects of climate change on crop and terrestrial food production are evident in several regions of the world (high confidence). Negative impacts of climate trends have been more common than positive ones.”

This claim doesn’t consider that the global agricultural system is highly adaptable, with the ability to adopt innovations in genetics and cropping techniques, the study’s authors said.

Further, previous observations have described that when yield drops are recorded in some areas for a certain year due to extreme events, the impact is “counterbalanced by the yield increases that occur in other areas,” according to the paper.

“Since its origins, the human species has been confronted with the negative effects of the climate,” the scientists concluded. “Fearing a climate emergency without this being supported by data, means altering the framework of priorities with negative effects.”

This, they added, could “prove deleterious to our ability to face the challenges of the future, squandering natural and human resources in economically difficult context.”

“Leaving the baton to our children without burdening them with the anxiety of being in a climate emergency would allow them to face the various problems in place with a more objective and constructive spirit, with the goal of arriving at a weighted assessment of the actions to be taken without wasting the limited resources at our disposal in costly and ineffective solutions,” the scientists warned.

“How the climate of the 21st century will play out is a topic of deep uncertainty.

“We need to remind ourselves that addressing climate change is not an end in itself, and that climate change is not the only problem that the world is facing. The objective should be to improve human well-being in the 21st century, while protecting the environment as much as we can and it would be nonsense not to do so.”