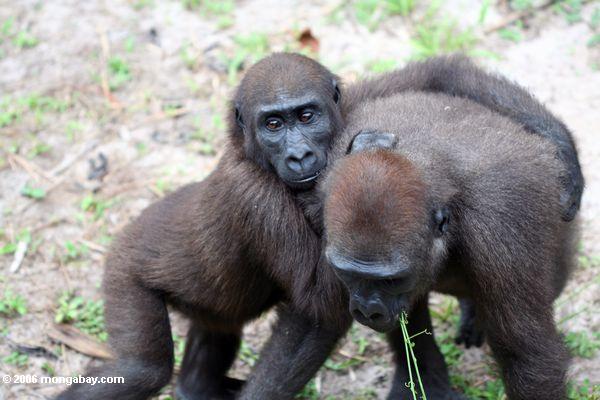 Climate change is likely to alter how we humans grow adequate amounts of food for a swelling global population. Assessing just how much and where those changes will occur has been difficult. But a new study takes aim at those very questions and could provide a guide for the debate over feeding the planet while also preserving biodiversity and the forests that filter out the carbon we produce. In short, the changes through the beginning of the 22nd century will test our ability as a species to adjust, said the study’s lead author, climate scientist Florian Zabel: “Adaptation should be the focus for agriculture.” The report, published on September 17, 2014, in the journal PLOS ONE, found that climate change will increase the area of land that’s “suitable” for agriculture, particularly in the upper reaches of the Northern Hemisphere. However, overall suitability of Earth’s land will decrease. Basically, though we’ll have more land available from which we can harvest crops, we might not get as much food from it. That’s because some of the land we’ll lose currently supports three harvests per year, and it’s being replaced by fields that support only one to two. What’s more, the loss of “highly suitable” land for agriculture will happen in areas that already sit on the precipice of not producing enough food. “The highest absolute net loss of suitable areas is found in Sub-Saharan Africa,” write Zabel and his colleagues, based at Ludwig Maximilians University in Munich, Germany.
To conduct the analysis, they used a climate model to predict the changes that will occur until 2100 in global temperatures, weather and soil quality in 23 different regions. Then, they looked at how these changes will affect the 16 most important crops that we use for food or energy. The news isn’t all bad for Africa when it comes to farmland. “In Africa, about 20% of the agriculturally suitable area is currently not used for agriculture or is statistically not recorded in the data of currently used agricultural land. This shows the extraordinary potentials of Africa for future expansion of agricultural land,” the authors wrote. But, they point out that tough decisions lie ahead as we sort out the importance of forests, biodiversity and protected lands. “Agricultural expansion would always take place at ecological costs, [for example], conversion of tropical rainforest, grassland and savannah.” A recent study by the NGO Forest Trends found that nearly 50 percent of this type of “agro-conversion” occurs illegally.

Part of the analysis in Zabel’s paper deliberately excluded protected lands that contain high levels of biodiversity and intact forests, under the assumption that arable land in Africa assume that these areas will be left alone. But the authors also looked at cultivability in these untapped spots. They found that 57 percent of the land that’s protected in the world is suitable for agriculture. And 92 percent of intact forests meet the same criteria. That’s liable to strain dialogue about the benefits of keeping those areas as they are now, when their conversion to farmland might mean not just feeding these countries’ populations but also their economies. As Jacques Diouf, former director-general of the United Nations’ Food and Agriculture Organization wrote in his introduction to a book published more than a decade ago titled World Agriculture: towards 2015/2030, “In many resource-rich but otherwise poor countries, a more export-oriented agriculture could provide an effective means to fight rural poverty and thus become a catalyst for overall growth.” The flipside of this argument includes elements, such as the carbon sequestration, that African forests provide, in addition to serving as habitat for a host of unique life forms. Data from the World Resources Institute’s Global Forest Watch program demonstrates the concentration of carbon-sequestration power present in central Africa’s forests. For instance, Gabon’s forests contain more than 2.7 million metric tons of carbon stocks, and the Democratic Republic of the Congo (DRC) contains 19.6 million metric tons. The paper includes a map that shows where suitability will increase and decrease around the world. Many of Africa’s gains in land suitable for agriculture will be in the vicinity of the Congo Rainforest.
Some middle ground exists because the authors assumed, for the purpose of the analysis, that current irrigation schemes would remain the same and that adaptation strategies, such as breeding new strains of important crops to better cope with climate changes, wouldn’t factor in. In reality, these types of mitigation strategies could increase the productivity of lands already under cultivation – but only to a point, the researchers say. “The tensions between both limits of land expansion and intensification within the context of sustainable agricultural intensification stresses the ongoing debate on global land management, considering the complex interplay and trade-offs between different uses of land and ecosystem services,” the authors point out. It’s those tensions that guide the current and future research of Zabel and his colleagues. He told mongabay.com that he plans to “couple our model with an economic model in order to include socio-economic aspects and dynamics to identify possible hot spots of future land-use change.”

This article was originally written and published by John C. Cannon, a contributing writer for news.mongabay.com. For the original article and more information, please click HERE.