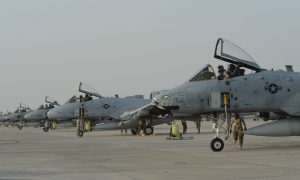 'It's a War': A Look at How the US and Its Allies Are Fighting ISIS
0
Share Now
FacebookTweetParlerEmail
Copy Link
US

Warmer winters brought about by climate change could spell the end of outdoor hockey and ice skating, some of Canada’s most treasured traditions, claims a new study released Monday.

The study, released by U.K.-based IOP Publishing, says Canadian winter temperatures have increased 2.5°C since 1950, and if the warming trend continues it could mean the extinction of outdoor rinks in some regions by mid-century.

“The ability to skate and play hockey outdoors is a critical component of Canadian identity and culture; Wayne Gretzky learned to skate on a backyard skating rink. Our results imply that such opportunities may not be available to future generations of Canadian children,” said the study.

The researchers determined that it takes at least three days in a row of -5C temperatures to build a good foundation for an ice rink, but these ideal conditions are becoming less and less common.

The study points to milder temperatures and shorter bouts of cold weather that wreak havoc on ice conditions.

Temperature records from 142 weather stations across Canada studied by the researchers showed a distinct warming trend from 1951-2005, with many of the locations experiencing later start dates for outdoor skating over the years.

Skating seasons decreased as much as 20 to 30 percent in British Columbia, Alberta, Saskatchewan, Manitoba, and parts of western Ontario. The Maritimes and northern parts of the country did not show a significant change.

“We would expect all regions of Canada to see a decreased viability of outdoor skating under continued winter climate warming,” the study says.

“In the most extreme case of the southwest Canada region … the number of viable rink flooding days could reach zero by mid-century.”

According to ice records collected and analyzed by Environment Canada, freshwater ice on lakes and rivers has been freezing later and melting earlier, particularly in Western Canada.

Unseasonably mild temperatures were felt in most major Canadian cities in 2011-2012, with most reporting a winter that was in their top 10 warmest on record.

Regina had its third warmest winter since 1883, and Toronto had high temperatures rarely seen since 1840.

The Weather Network attributes the higher temperatures to several factors, one being the jet stream, which stayed further north than usual and remained uncharacteristically stationary during the winter months, keeping the coldest air closer to the Arctic.

As a result, the deeper cold and heavier snow normally attributed to a Canadian winter was instead felt over parts of Europe and Asia.

However, spring temperatures are expected to be relatively normal.

“While winter in Canada was relatively dry and warm for most of the country due to the jet stream pattern, it doesn’t necessarily mean the same for the spring months,” said Chris Scott, director of meteorology for The Weather Network.

“March tends to be a winter month in most of Canada, and the potential is still there for significant snow. Overall though, we are expecting a fairly typical warm-up through the spring months.”

The Weather Network predicts a near-normal spring in most of Western Canada. Cold temperatures are expected for the northern Prairie Provinces, Yukon, and Northwest Territories, with above normal temperatures for southern Manitoba.

Precipitation is expected to be near-normal for most of Western Canada with the exception of southern Alberta, where below-normal precipitation is forecast.

Above-normal precipitation is forecasted for Central Ontario through to Montreal, as the storm track is expected to reside across the region.