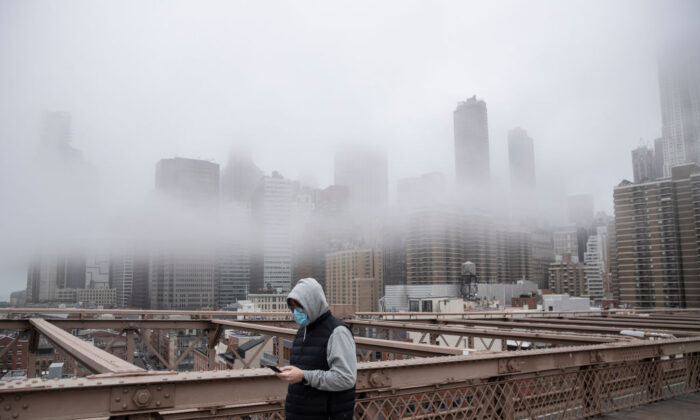 In part 1, we discussed the math toward zero emissions and why the solution to save the planet is shrinking the economy.

“Jason Hickel, an anthropologist at the London School of Economics, argues that this problem is unsolvable within our current framework,” writes Kelsey Piper for Vox. “‘In a growth-oriented economy … efficiency improvements that could help us reduce our impact are harnessed instead to advance the objectives of growth. Pulling forward ever-larger swaths of nature into circuits of extraction and production. It’s not our technology that’s the problem. It’s growth.’

“So, what is his solution? To abandon the lodestar of economic policy in nearly every country, which is to aim for economic growth over time, increasing wealth per person and expanding the ability of their citizens to purchase the things they want and need. Instead, Hickel argues, rich countries should focus on getting emissions to zero, even if the result is a much-contracted economy.” — Part 1

In other words, the best way to do that is to replace capitalism with socialism.

Everyone to Become Equally Poor

In the United States, carbon emissions have been declining steadily for the last couple of decades. We made great strides in more efficient drilling, clean coal power, and more efficient “everything” from cars to refrigerators. However, while the United States has dramatically improved its footprint, countries like China and India continue to increase their emissions. To wit:

“In the coming decades, most carbon emissions won’t be coming from rich countries like the U.S.—they’ll be happening in newly middle-income countries, like India, China, or Indonesia,” Piper writes. “Already, developing nations account for 63 percent of emissions, and they’re expected to account for even more as they develop further and as the rich world decarbonizes.

“Even if emissions in rich countries go to zero very soon, climate change is set to worsen as poorer countries increase their emissions.”

So, what is the solution? Equality in emissions, of course.

To save the climate, the suggestion is the capitalist engine must get “geared down” to equate with less prosperous countries and regions of the world.

However, the pandemic-driven shutdown clearly showed that diminishing “consumerism” from the United States has vast global implications hitting the poorest countries the hardest.

A Transfer of Wealth

There is little argument from anyone that taking care of our planet is, and should continue to be, a significant priority. But electric vehicles, battery technology, and solar and wind farms are not the solution. However, they are a wealth transfer mechanism from the middle class, who buy the products, to the wealthy who create and promote them.

Here are some examples.

The transition to electric cars made Elon Musk a billionaire but did little to solve the climate issue.

“Although electric cars are a step in the right direction, their production and charging still contribute to CO2 levels, in some cases even more than gas cars.” — FEE

Karl W. Smith, for Bloomberg, recently suggested that America should become a “nation of renters,” which means the wealthy hold the vast majority of the real estate. Such is a move that Blackrock has already heavily engaged in.

“Rising real-estate prices are stoking fears that homeownership, long considered a core component of the American dream, is slipping out of reach for low- and moderate-income Americans,” he wrote. “That may be so—but a nation of renters is not something to fear. In fact, it’s the opposite.”

“As institutional investors increasingly enter the housing market, however, the incentives begin to shift. Large investors can expand or redevelop their properties themselves because they benefit from a more significant number of overall tenants, even if rents themselves dip.”

BBC radio suggests that individuals can solve the climate problem by investing in a “sustainable fund.” Ironically, it is again Blackrock, Vanguard, Fidelity, and others who are the leading purveyors of funds that charge a higher expense ratio to investors. (See ESG Investing – The Great Wall Street Money Heist)

These are just a few of many examples of how the “climate change” narrative is getting used to transfer wealth from low and middle-class households to the wealthy. Of course, this transfer of wealth is decades in the making but has reached the point where the “serfs” realize what is happening.

The “climate change” message didn’t come from the middle class but from the political class and the wealthy elite who benefit from it the most. As noted, the math to fix the problem is quite simple; you have to be willing to accept a lower standard of living than you have today with less freedom.

“We propose policies like a living wage, a maximum income ratio, wealth taxes, etc., to accomplish this,” writes Piper. “Given all of this, the language of poverty gets it wrong: longer-lasting products, living wages, shorter working weeks, better access to public services, and affordable housing. We are calling for the opposite of poverty. Yes, industries like SUVs and fast fashion would decline, but that doesn’t mean poverty. We can replace them with public transportation and longer-lasting fashion, thus meeting everyone’s needs.”

The problem with socialism is that it sounds great on the surface. However, it has two major drawbacks:

However, to lull individuals into accepting a lower standard of living, the political elite started the process of gaslighting Americans into acceptance. They have engaged in media-based warfare to promote the message by omitting specific facts, harshly attacking dissenting fact-based arguments, and accusing the opposition of lying. However, at the same time, they create larger carbon footprints (from private jets, yachts, and multiple mansions) while suggesting everyone else must live with less.

The only thing that socialism does succeed at well is increasing the elite’s wealth. As is always the case, those in power want to ensure they remain in power.

That is until the population eventually revolts.