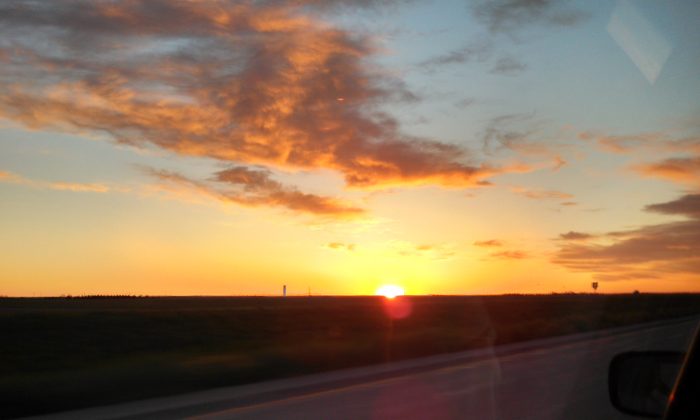 Photo I took in the St Louis area May 31, 2013, the morning before the tornados there associated with the EF5 tornado that took the lives of 3 stormchasers in El Reno, Oklahoma.
Opinion

This week as I watched the march in NYC, I was filled with hope that at last people were hearing the dire warnings of climate scientists.  For the past few years, climate scientists and stormwater engineers like me were suffering from Chicken Little complex. The sky, laden with CO2 and methane, was literally falling on our heads and the President was mistakenly telling everyone else that natural gas would save us.

As a water resources engineer and drainage specialist, I lost double the sleep since Hurricane Katrina hit. As an engineer tasked with preventing flooding damage to people and property on a daily basis while also protecting drinking water, I already had to change my calculations several years ago to accommodate more stormwater here in NJ.  When Sandy hit, although the shoreline was battered beyond recognition, I was surprised we escaped without hurricane force winds, or the rainfall volume of Irene – which would have spread the misery to even more mindboggling dimensions. We were lucky the damage was confined to the coast, the next major storm may not be so considerate.  But in addition to waiting for the next storm, watching my neighbors in Pennsylvania have to not only fight off poisoning of their groundwater because of a misguided “all of the above” energy policy grounded in a basic lack of understanding that natural gas is a fossil fuel, and the release of deadly, global-warming, methane into the air and water at the same time, is too much to take. Now we know that fracking produces radioactive waste that is being illegally dumped across the US.

In the past few years, I have seen the American Society of Civil Engineers ignore the water resources engineers like me in their ranks and give their blessing to fracking at the expense of humanity. It seemed every engineering training class I was sent an email for was for extracting fossil fuels faster and more destructively out of the earth.  Even my engineering drawing software now comes with a module for rearranging mother earth easier to build oil and gas wells and pipelines.  An ominous turn.   I felt like a voice in the wilderness. But after this week it seems that there are lot more voices in the city as well as the wilderness shouting with me.

As an engineer, we are trained to be calm, rational, logical, and to always keep emotion out of the debate. We are well suited to appear as punching bags before boards and commissions filled with egos and agendas and grandstanding politicians. See the latest Jon Stewart clip on Climate Change and you’ll understand what I mean.  We are to keep our chins up, our gaze steady and our voice from trembling as we deliver the truth, the whole truth and nothing but the truth every day.   We are the “experts”.  The ones who you are supposed to trust. However, in Congress, just like occurs with Planning Boards, Zoning Boards and courts filled with corrupt politicians and judges with ulterior motives, our best advice often gets left on the floor and not taken by those making policy.  The worst decisions get made, like courts allowing the dangerous Monarch project in flood-prone Hoboken to build apartments on a pier previously designated for a public park. The worst land use variances get granted and the ones with the money get their way. As Bob Dylan once said, “Money doesn’t talk. It swears.”

The problem with calm scientists being the first ones to figure out what was happening is that when scientists and engineers feel like we are screaming at the top of our lungs and using very strong language, that isn’t what non-scientists hear. They hear us talking a few decibels more, but not enough to wake them up.  We feel like we are running around with our “hair on fire”, but that is not how it comes across.  It is one reason I prefer to write rather than speak in public – although I can do it if I need to.  Engineers tend to be Seinfeld “low-talkers”. My voice is usually softer than my meaning.  Most engineers are not your thrill seekers. We prefer static equilibrium. But we know that even when something is standing still, the forces of action and reaction are in a constant battle, waiting in the wings ready to unleash disaster.

We are also often accused of worrying about things that won’t happen.  But that is what we get paid for.  You won’t hear about my best work – which is often buried underground and out of sight.  Unless it fails. We like boring. It means safe. To us, conservative doesn’t mean let’s get crazy and not raise the debt ceiling and see what happens. It means being overly cautious because lives literally depend on what we do.

The time though for rational calm talking is over.  The alarm bells really need to be rung, loudly.  It’s all hands on deck now.  I appreciate all the folks who came out Sunday to ring that alarm bell.  We engineers and scientists need all the energy and voices we can get to bring that message home.  Our demeanor belies the urgency of our message.  We have crossed a line that cannot be uncrossed now. It will take each of us individually and collectively acting to help.

What you can do now

Tell your government you want more investment in research into clean energy – that means wind, solar, tides, anything except oil, coal, natural gas and biomass – which is just a euphemism for burning every (carbon dioxide-eating) tree we can get our hands on.  We need to stop burning things.  The sooner we make clean energy cheap, the sooner we can all switch to clean energy.  Switch as soon as you can.  As for right now since we are already feeling the effects of climate change, support efforts to decentralize flood control.  Dams are so over, and they prevent healthy fisheries.  We need to keep water close to where it falls. Store it underground, store it in rain barrels, build rain gardens rather than berms, move your roof leaders from your driveway onto your grass, lessen the load on our infrastructure, and consequently  our creeks and rivers, because that is where it all winds up.

When Hurricane Irene hit, our beautiful Hudson River was a muddy polluted mess for weeks.  Every creek, river and stream exceeded its banks sweeping anything in its path.  Keeping stormwater where it falls not only helps reduce deadly river flooding, it sends water underground to refill aquifers and springs. It reduces the spread of pollution.  Preventing flooding by recharging the groundwater helps stave off the pain of drought.

Here is why I still lose sleep these days. It is my job to prevent your home or business from flooding. To do that I have to use mathematical calculations based on past historical storms.  We are now in uncharted territory with climate change.  I can’t design for the storm nobody can predict. Sandy was extremely unusual. So was Irene, so was the early October snowstorm that downed trees still with green leaves on them.  This appears to be the new normal.   It is estimated that precipitation where I live is now 70% greater than it used to be.  Places like Colorado with “water rights” where confining rainfall is illegal and water is supposed to flow along roadways, caused horrific damage when the storms hit carrying as much water as Irene and swept those roads away.  Buildings in NJ are only built one foot above the historic 100 year flood and most pipes in the state are only designed for the 25 year flood.  In NJ, we are seeing cooler temps than usual in the winter as the polar vortex sweeps in and the Jet stream fails us. Pipes are only placed three feet down below the frost line. As some places get colder (Think The Day After Tomorrow) while others warmer and drier, our infrastructure is in danger of failing from freezing.  Things are changing faster than anticipated and as a stormwater engineer I am here to tell you, it has definitely begun.

So, wake your neighbors, call your Aunt Betty.  Tell everyone you know.  All of us need to act.  Now.