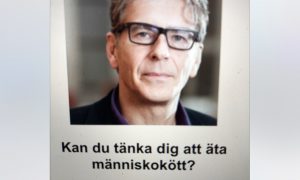 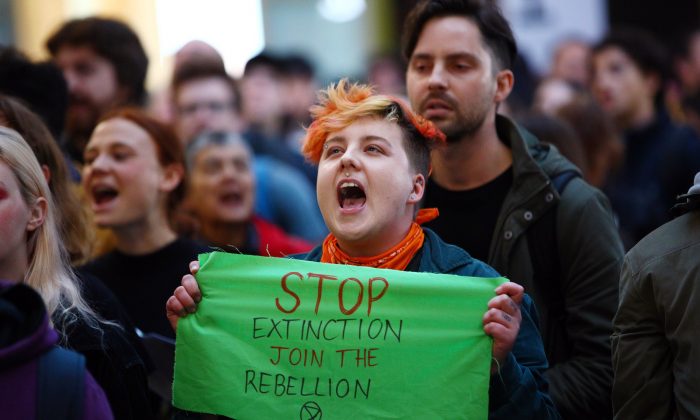 Climate protesters who are blockading an international mining conference in Melbourne have been capsicum sprayed and more than 20 have been arrested, including two for assaulting a police horse.

From 6 a.m. on Oct. 29, hundreds of activists from a dozen different groups began blocking entry to the Melbourne Convention and Exhibition Centre.

Victoria Police said officers were forced to arrest “in excess of 20 protesters” who were blocking the disabled and wheelchair access to the building and refusing to move on.

“Police continue to arrest protesters blocking access to the Melbourne Convention and Exhibition Centre. Exact arrest numbers will be provided when we have them,” a spokeswoman said.

Two people were arrested in relation to cruelty to animal offences for assaulting a police horse.

One police officer received minor injuries during the arrests and was treated at the scene before being taken to hospital.

The protesters picketed at multiple entrances to the centre, chanting “land rights not mining rights, shut IMARC [the conference] down” and “blood on your hands.”

They say the police have been aggressive, placing one man in a headlock and pushing others as well as using capsicum spray.

“I think the police have been incredibly hostile … I’m quite shocked by how aggressive they’ve been,” protest organiser Emma Black of the IMARC Alliance told 3AW.

Back told Sunrise earlier that the protesters had three aims for the day.

“We basically want mass orientation—thousands of people if possible—to come down, blockade and to help shut down this conference,” Emma Black said.

“There’s around 28 entrances, there’s hundreds of police. It’s going to be quite difficult.

“But if we can’t shut it down, at least we can disrupt it as much as possible.”

Black said their “main enemy” was executives and investors of the mining industry “that are coming here to plot as to how to further destroy the planet.”

Despite initial concerns over traffic disruptions, VicRoads says traffic is flowing through nearby streets and trams are running.

The International Mining and Resources Conference is Australia’s largest annual industry event and attracts delegates from the resources, investing, and technology sectors.

More than 7,000 delegates from nearly 100 countries are attending the three-day conference and organisers say the protest action is based on misconceptions about the mining industry.

“There is a misconception that as an industry mining does not operate with sustainable principles in mind,” they said in a statement.

Mining was vital for the production of electricity, solar panels, electric car batteries, pacemakers and medical apparatus and public transport, they said.

This year the conference will consider the importance of battery minerals, used in the emerging electric car market.

Protesters plan to disrupt all three days of the conference and will be joined by Victorian Greens Leader Samantha Ratnam on Tuesday and federal Greens MP Adam Bandt on Wednesday.

With reporting by Epoch Times staff

Agenda of Political Control and the Climate Crisis